The Heart of the Matter

We speak of Lloyd Noble with the most prestigious of titles — philanthropist, founder, pioneer and visionary. Each designation is easily earned by a man who was a fount of boundless determination and transformative thinking.

He revolutionized the energy sector through the adoption of technology and a personal grit. He saw the plight of his fellow man during the Dust Bowl, and despite the naysayers set out to provide a lasting solution. He became a founding father of soil conservation and land stewardship, advocating and speaking about the precious resources below our feet.

He used his resources to establish the Noble Foundation, which now stands as two organizations. Noble Research Institute conducts activities to further Mr. Noble’s vision for agriculture, and the new Noble Foundation continues his philanthropic undertakings.

Mr. Noble was a Renaissance man by any standard. He deserves every accolade and descriptor. And I’m sure if he were alive today, he’d brush them all aside. Men of Noble’s ilk are motivated by benefiting others not the recognition that might accompany it. That’s the heart of the matter.

When you strip away the magnitude of Mr. Noble’s accomplishments, the bedrock of his life was generosity. He once said: “The only true happiness must come from not only understanding your own needs but an understanding and willingness to secure the same things for your fellow man.”

These were not hollow words but a personal belief that saturated his daily life. Through decades, he modeled a life of selfless giving without recognition.

There are the stories of his employees who found themselves in personal difficulties — an ill family member, an unexpected tragedy, a financial dilemma — and so often Mr. Noble quietly interceded. He never signed his name or stood to be recognized, but the beneficiaries knew he was the grantor of mercy.

His creation of the Noble Foundation was a profound statement of simple kindness. He dreamed of helping agriculture and rejuvenating the region he loved. He hoped to prevent another Dust Bowl. And through his granting, he sought to empower individuals and communities.

He was simply generous, and countless lives were his recipients.

Mr. Noble’s legacy continues to ripple through time almost seven decades after his death. This annual report reflects the awe-inspiring mission of the Noble Foundation, which carries forward its founder’s philanthropic spirit.

The Noble Foundation remains dedicated to funding agricultural research so that Mr. Noble’s vision of soil conservation and land stewardship continues to march through each generation. Through its charitable grants, the Noble Foundation maintains his personal connection to the individual and to the worthy organizations that cultivate good health, support education and build stronger communities. 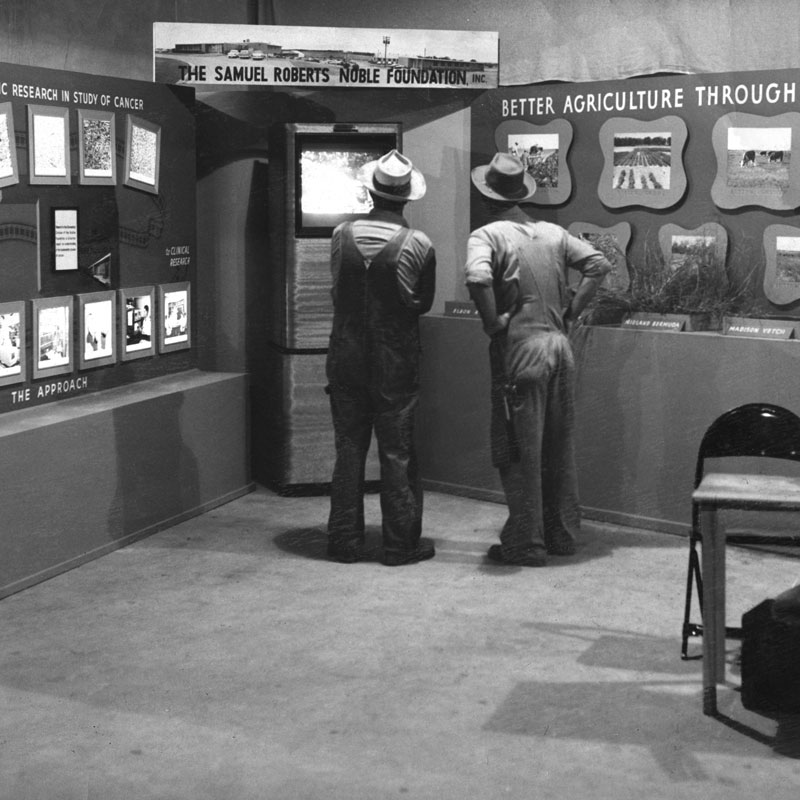 “Some of the best stories are those that reimagine a tale that’s been told throughout the generations.”