Some of the best stories are those that reimagine a tale that’s been told throughout the generations.

These are the familiar fables. The ones that have consistently touched hearts, taught lessons and inspired hope.

In a similar way, The Samuel Roberts Noble Foundation’s story has been told for seven decades.

Lloyd Noble was a real-world protagonist, a leader in the oil and gas drilling industry who saw beyond the oil to the value of soil for all mankind. He was a man on a mission to restore the soil’s health and productivity in the aftermath of the Dust Bowl.

Noble knew his most important allies on this quest would be those whose lives are tied most closely to the land. So, in 1945, he started an organization to help farmers and ranchers rebuild the soil and, in effect, their communities.

Noble passed the pen to future generations to fulfill his original intent in ways that would best meet the needs of the times and people he would never see. Over the years, his organization expanded to conduct research, provide no-cost consultation to farmers and ranchers, educate students of all ages, and provide grants to other nonprofits.

Then the present generation saw its opportunity to begin a great, new chapter. On May 1, 2017, the Noble Foundation’s story was split into two books, each focused on its own path to fulfilling Lloyd Noble’s mission.

From the shifting pages, a new Noble Foundation was born. This new private foundation was created to continue the philanthropic legacy of Lloyd Noble.

Much like F. Scott Fitzgerald’s Benjamin Button, whose life begins as a 70-year-old, the Noble Foundation started out with an old soul. The newborn organization carries a reputation built over nearly 72 years.

The Noble Foundation continues Lloyd Noble’s mission by funding agricultural research and making charitable grants that cultivate good health, support education and build strong communities. The organization continues to be led by a board of directors primarily composed of Noble’s descendants.

The Noble organizations are like sisters whose stories remain intertwined. The Noble Foundation acts as the primary funder for Noble Research Institute’s activities. At the same time, the Noble Foundation gives financial support to college students and to the heroes of other nonprofits as they seek to make the world a better place.

Turn the pages to see the continued story of Lloyd Noble’s mission to give for the benefit of mankind. 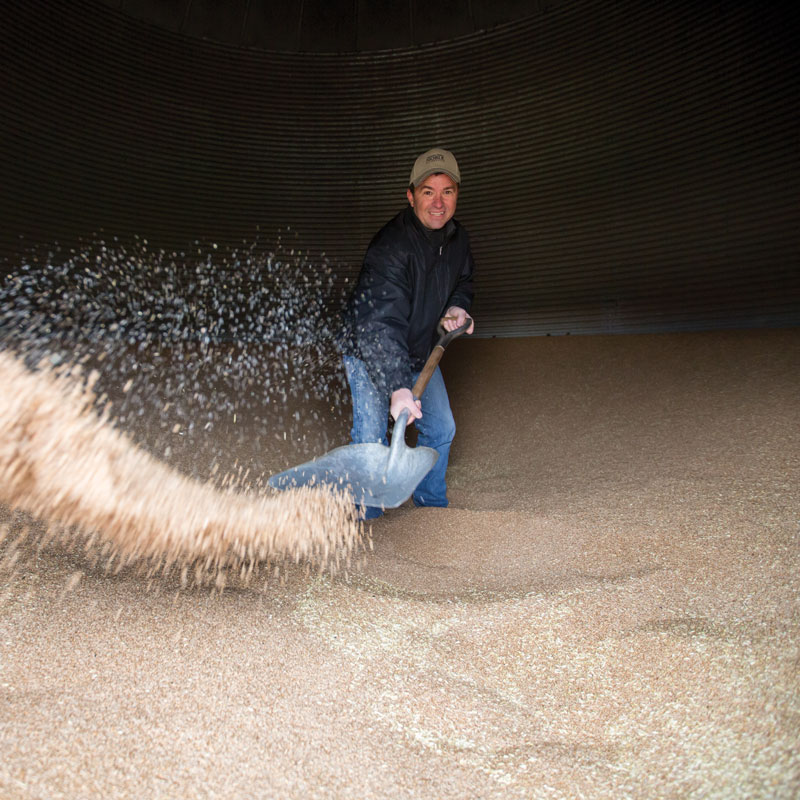 “Farmers and ranchers find answers to pressing questions that face agriculture, and ultimately all of society, at Noble Research Institute.”