Ardmore is the largest city in Oklahoma without a four-year university. To a region an hour from a metro and surrounded by small towns, higher education looks a bit like the yellow brick road: a feat of travel and magic, with the help of friends, culminating at graduation in an Emerald City somewhere far away. With decent credit and good gas mileage, or great Wi-Fi, higher education is just over the rainbow.

Langston University is here to help change that.

In the spring of 2019, Langston University’s Bachelor of Science in Nursing program began classes at the University Center of Southern Oklahoma (USCO) in Ardmore. Langston’s motto is simple: education for service. And when it comes to serving, there’s no place like home. The program ensures students in southern Oklahoma can achieve advanced nursing degrees, locally, for generations to come.

“Once Langston made the announcement that it was coming to Ardmore, I immediately looked into their program and rankings. It felt like home for me,” says Lezlie Hacker, a program student from Wilson, Oklahoma. “It was Langston or bust.” 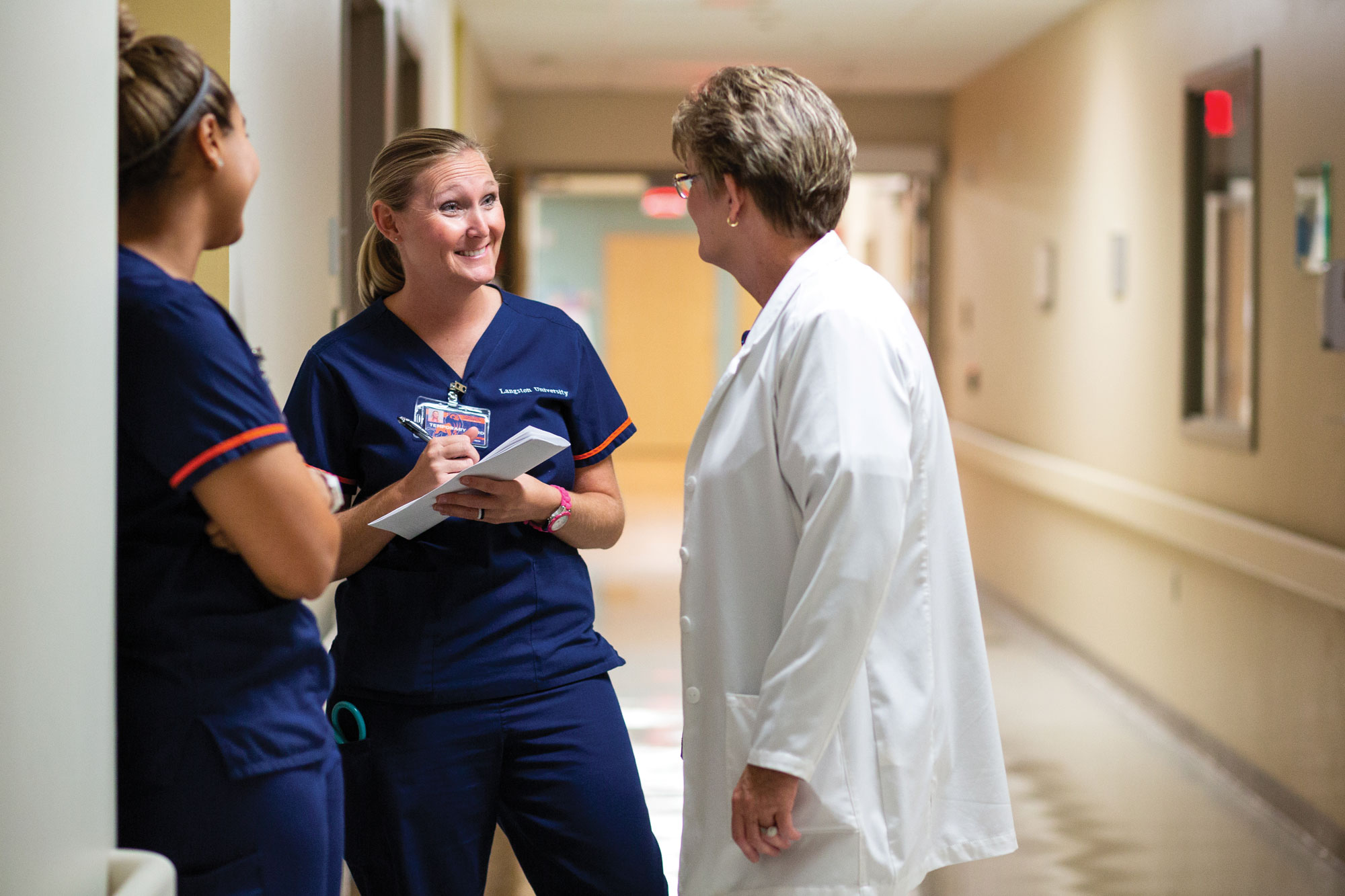 Nursing programs are in high demand across Oklahoma and North Texas.

Murray State College in Tishomingo, where Hacker earned her associate degree, is one example. This program offers a two-year degree in nursing and prepares graduates to take the National Council Licensing Exam (NCLEX), the final step in becoming a registered nurse.

East Central University was another. However, in addition to conferring associate degrees, it also offered a bachelor’s degree through the university center in Ardmore. An affordable, accessible bachelor’s program opens a pathway for associate degree holders, practicing nurses, certified nurse assistants and other medical professionals to gain higher specialization and pay. So when ECU withdrew its nursing program from Ardmore’s USCO campus in 2017 due to budget cuts, it presented area students and working healthcare professionals a serious roadblock to upward mobility. It was a golden opportunity for Langston’s program to fill the need.

“Langston instills leadership qualities that prepare you to be a boss in the future. ... I can't say enough about the staff and our teachers. Thanks to them, you can make it at Langston. We're family.” Lezlie Hacker, nursing program student from Wilson, Oklahoma

Langston University has a central campus in Langston, Oklahoma, with nursing extension programs in Oklahoma City and Tulsa. Langston’s nursing graduates have an average passing rate of 91 percent on the NCLEX, higher than the national average — a testament to the program’s ability and excellence. Hacker says the diversity of hands-on clinicals and simulation labs sets the experience apart. Students also take extra classes in research and leadership, preparing them for supervisory positions.

“That’s the whole philosophy of Langston,” Hacker says. “Langston instills leadership qualities that prepare you to be a boss in the future.” 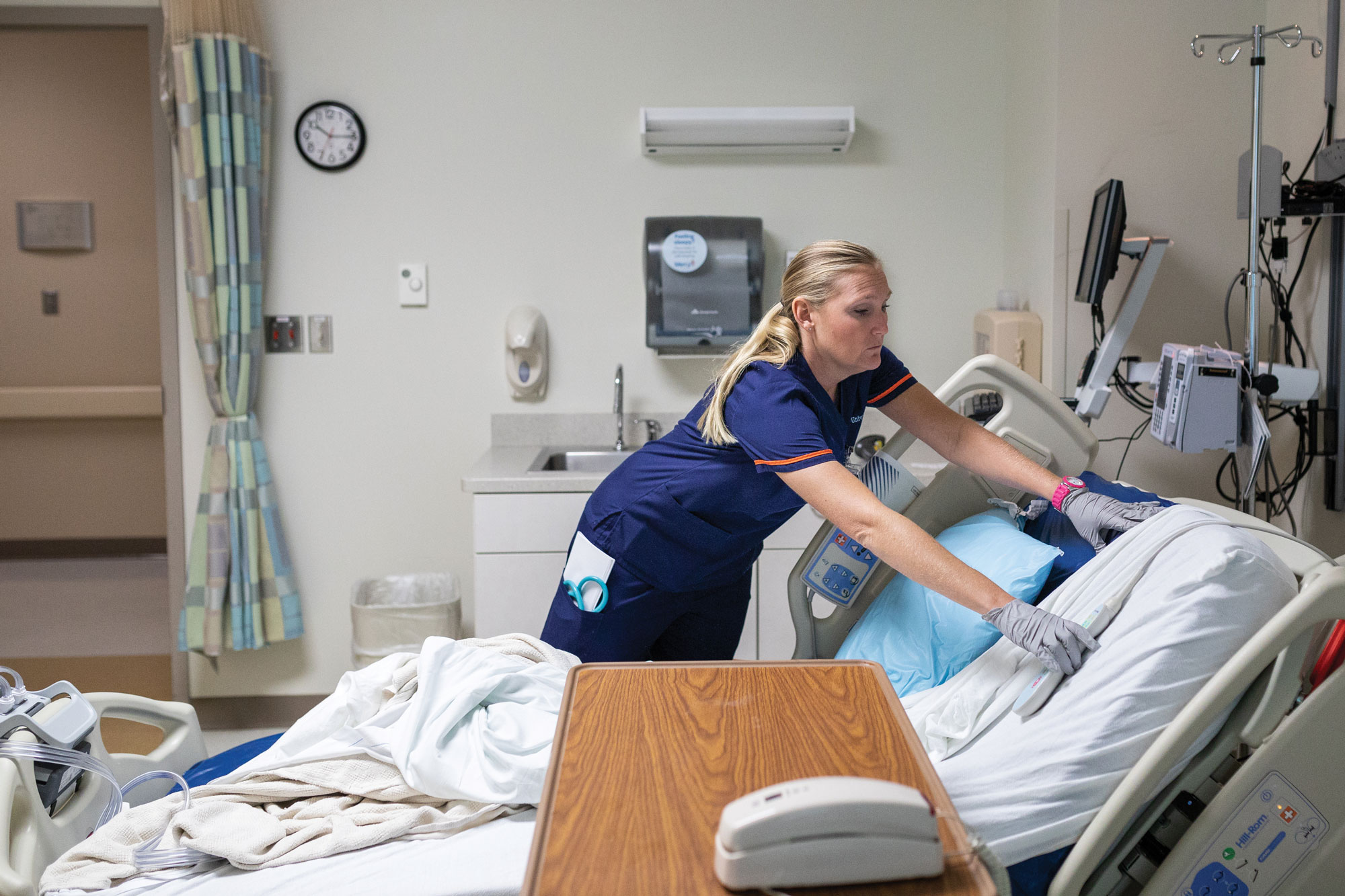 Real-world training is a valuable component of education in Langston University’s nursing program.

Bringing Langston’s program to Ardmore is a perfect fit, says Mautra Jones, Langston’s vice president of institutional advancement and external affairs. Jones, whose hometown is Ardmore, says Langston alumni have always been involved in varying aspects of life there, from school to church and 4-H. Local alumni presence spelled greater potential for the future of the USCO program and was a deciding factor in bringing Langston to Ardmore.

“Langston has a rich heritage here. It’s always been a premier university for black students, and it’s open to everybody,” Jones says. “Langston produces incredible graduates and community leaders. We’re making a difference.”

Another factor was the facilities built for the ECU program at USCO: new labs and classrooms ready for students. All Langston was missing was a staff to support its inaugural class. The Noble Foundation lent a hand to making that dream happen with a $50,000 grant, enabling the program to hire instructors, administrative assistants, advisers and recruiting faculty. 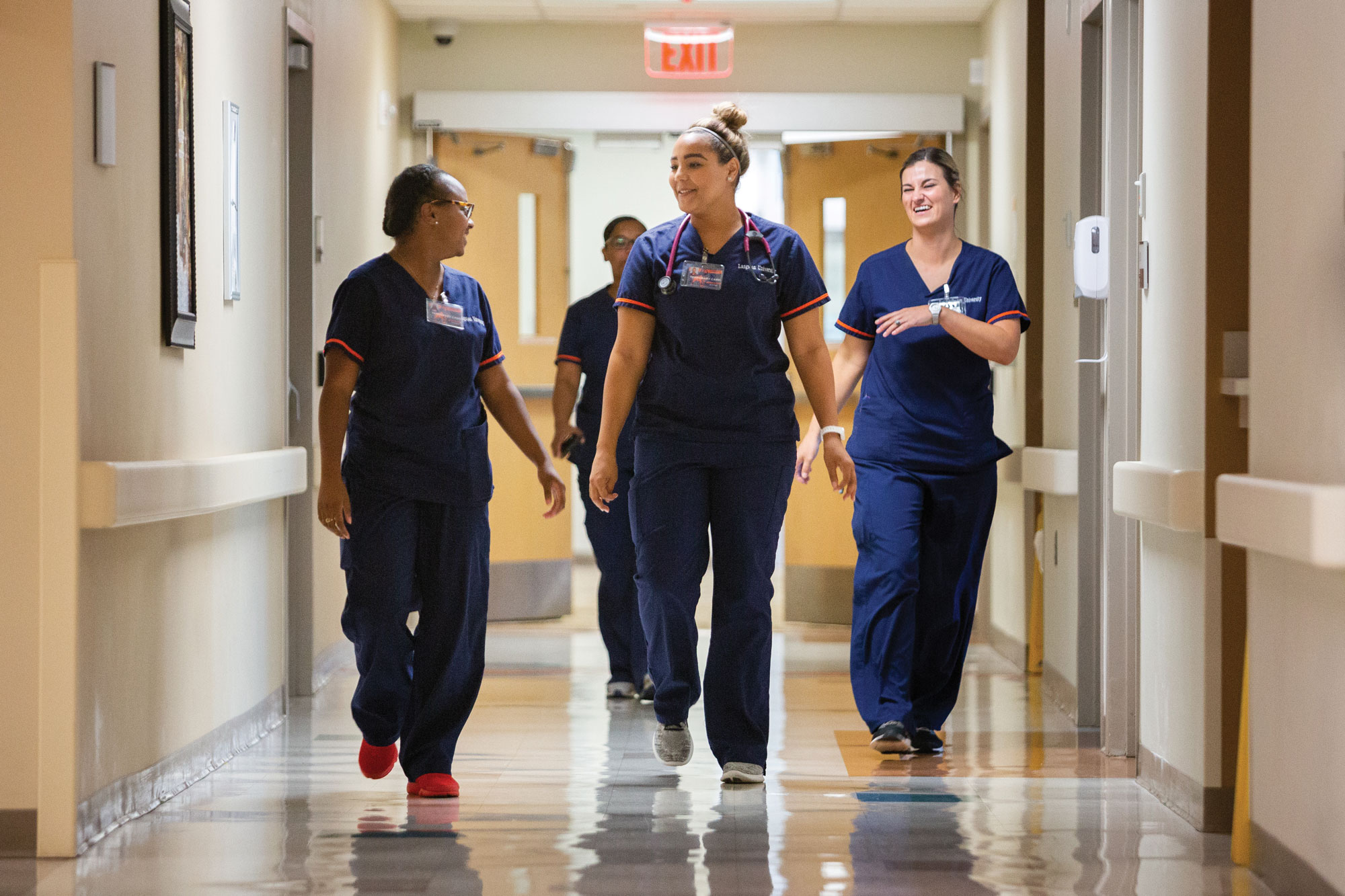 “Noble’s grant was able to support a pressing need,” says Peggy Maher, USCO president and CEO. “Recruiting is a big puzzle piece in the program being visible to the community. Without Noble, it couldn’t come together.”

Supporting Langston’s efforts in Ardmore was an easy decision, says Alexis Carter-Black, former director of philanthropy at the Noble Foundation.

“Lloyd Noble believed in civic life, education and growing opportunity in your own backyard,” Carter-Black says. “Langston lives those values, and the Noble Foundation is proud to support this program as it fills a need in Ardmore for a quality nursing program.”

Dorothy Varner is the academic adviser and recruiter for Langston’s nursing program at USCO. She is also a Langston alum and former student at Douglass High School in Ardmore — one of the last segregated high schools to close in 1969. She’s devoted to her alma maters and determined to expand the dreams of rural students. Varner travels to local high schools, career centers and colleges to talk about the nursing program, and she works to gather the support and generosity of the many Langston and Douglass alumni in the area. 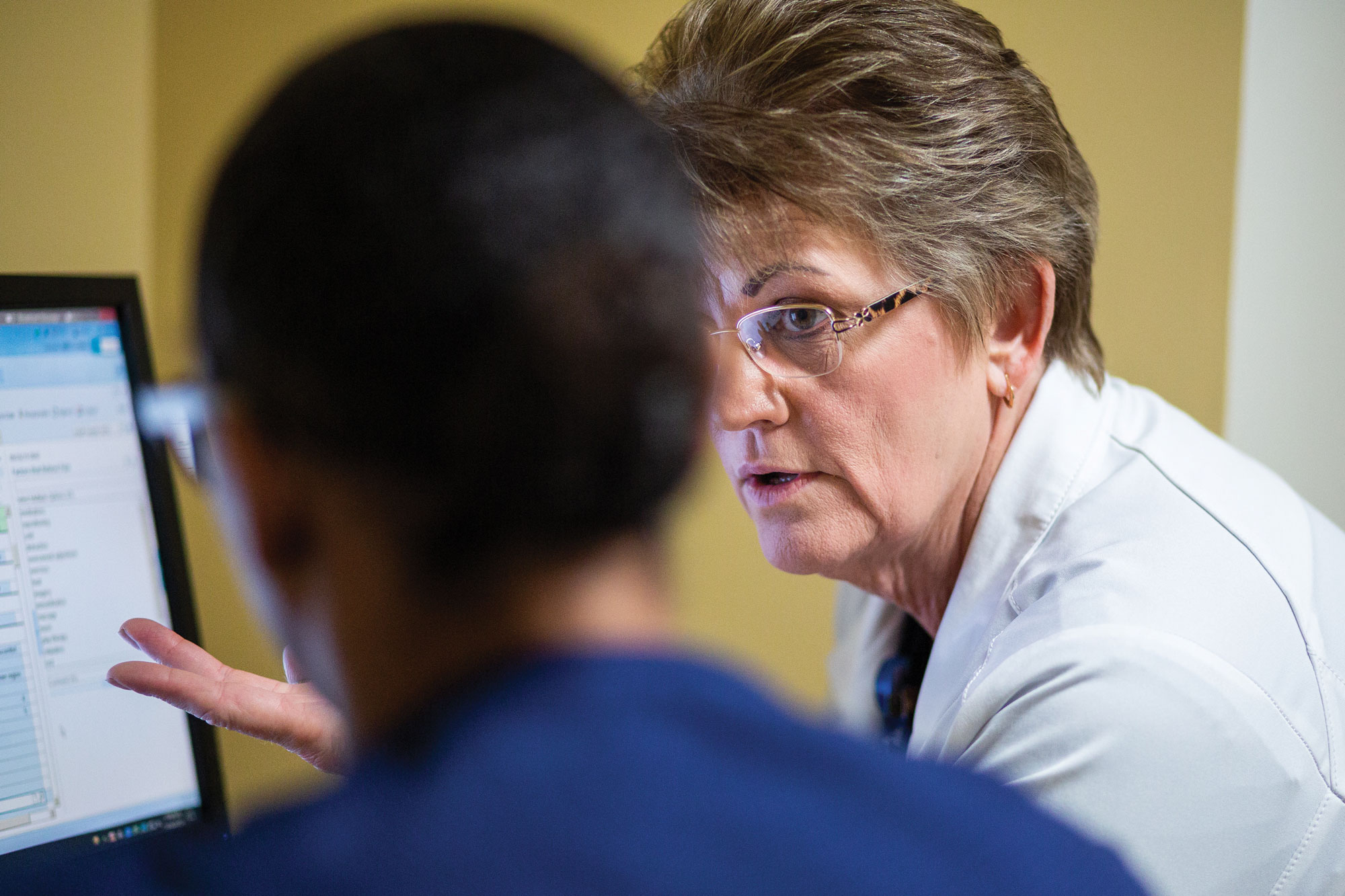 “We want students to know you can stay here at this university,” Varner says. “Not only do we want to recruit students, we want to graduate them. That’s what makes it special.”

“You Can Make It At Langston”

Langston’s nursing program at USCO will graduate its first class in December 2020. Hacker says it’s been a long journey but one she’s glad to be taking with Langston.

“I struggled having confidence in myself that I could do it,” Hacker says, “but I can’t say enough about the staff and our teachers. Thanks to them, you can make it at Langston. We’re family.” 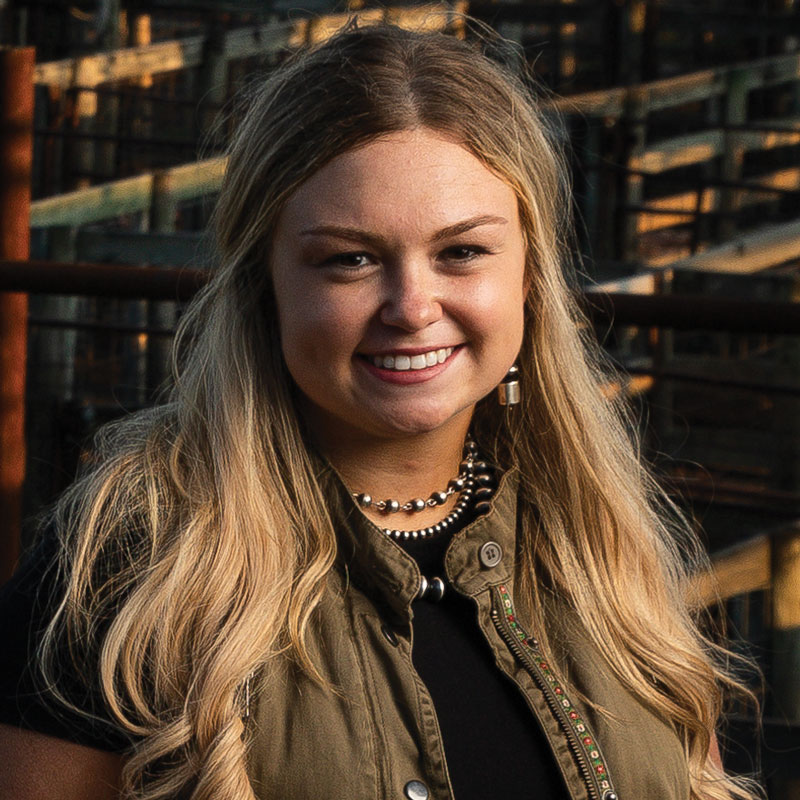 Pursuing A Dream As A Career Path

“Victoria Chapman is pursuing her goal to support farmers and ranchers with help from the Sam Noble Scholarship Program.”