Rusty Daniel’s relationship with Noble Research Institute began when he was a child. Daniel’s father first reached out to the organization for advice in 1978.

Sunlight spills across the sky, sweeping across a gentle slope where rancher Rusty Daniel gazes at a dozen cows. His eyes laugh as calves dance after their mothers in the dewy dawn. It’s a moment he once would have bustled past until a change of heart transformed his life.

“What I love best about what I do in agriculture is that it does matter. It feeds people. My blood, sweat and tears make a difference.”

Three generations of Daniel descendants have operated on the family place in Coleman, Oklahoma. Daniel meanders downhill past places marked with memories. He motions toward his childhood home, the path he often walks with his wife, Stephanie, and the house where he brought his newborn daughters.

The breeze leans against prairie grass around Daniel as he recalls other days plagued with hardship. Unrelated business losses forced him and his father to cut their herd. Five hundred cows went down to 80. Daniel also had to sell 1,200 acres of the family ranch. His grandparents died shortly after.

“Those things happen and mold you as a person,” Daniel says. “It’s like you go into the grinder. It crushes you up. Then you come out on the other side. You look back and ask, ‘Did I get ground to pieces? Is it hopeless now?’”

Daniel would discover his answer. And a whole lot more along the way.

Shivers were Daniel’s first warning bells that a quirk of biology was killing him. It was July 2010. His symptoms quickly escalated. His blood pressure spiked. A third of his weight melted off in three weeks. He blamed stress at first. The responsibility to provide for his family’s livelihood weighed heavily on his heart.

Work days grew longer. Family time was scarce. Church fell from routine to rarity. His life was a cycle of checking cattle, mending fences and working through sweat and blisters. “I went into overdrive,” Daniel says. “There was about a four-year period where I wasn’t the person I needed to be.”

“What I love best about what I do in agriculture is that it does matter. It feeds people. My blood, sweat and tears make a difference.” Rusty Daniel, Oklahoma rancher

His heart was in overdrive, too. Most hearts have an aortic valve with three leaflets. These leaflets flap open and close like rhythmically revolving doors that regulate blood flow. Daniel was born with a bicuspid aortic valve, which only has two flaps. Some people with this condition go their entire lives without complications. Daniel’s condition, however, was quickly turning deadly.

Bottle feeding calves was Daniel’s first job back when the place was a dairy farm. Even as a kid, all he ever wanted to do was work with cattle.

Daniel’s dad, David Daniel, reached out to Noble Research Institute for advice on growing his operation in 1978. Each time Noble consultant Dan Childs visited, 12-year-old Rusty Daniel came along with his dad to listen. “Rusty was always full of questions as a boy,” Childs says. “He wanted to know more and know why.”

The Daniels traded dairy cows for beef cattle in 1994. Their operation is still called Daniel Brothers Dairy, but the family’s ranching methods have evolved. They’ve embraced progressive techniques, like no-till, with help from Noble Research Institute. Noble helps farmers and ranchers through consultation, education and research, and the Ardmore-based organization is the primary recipient of The Samuel Roberts Noble Foundation’s funding for agricultural research. “Mr. Noble believed in land stewardship and soil conservation,” says Alexis Carter-Black, Noble Foundation’s former director of philanthropy. “Noble Research Institute is the living embodiment of his vision.”

For the Daniel family, Noble has been a source of research-based counsel for generations. “I’ve never understood why people don’t use Noble Research Institute,” Daniel says. “We bounced everything off consultants. If it has to do with cattle or agriculture, they are on point. They made us better producers and stewards of the land.”

As he faced critical health issues in 2010, however, Daniel left the family ranch, oblivious that he may not see it again.

Daniel was down 60 pounds the Monday morning he went to see his cardiologist. The cardiologist diagnosed him after a single handshake. The weight loss and fever combined with the bicuspid aortic valve were textbook symptoms of a heart infection.

Daniel rushed to the hospital. His overworked valve had reached its expiration date. The ER doctors assessed the damage to Daniel’s heart and put him on an antibiotic. Sunday evening when his fever subsided, a surgeon stepped into Daniel’s hospital room to explain that his aortic valve was gone. If there was enough tissue to sew the valve back on, he’d recover. If there wasn’t, he would never know. He wouldn’t wake up from surgery. The operation’s risks were real. Success was a scalpel’s width from disaster.

Daniel didn’t dwell on the risks as he prepped for surgery on that October evening in 2010. He knew the list of potential complications, but his focus was overwhelmingly on how he would live if he survived.

He woke up from the surgery with a scar dividing him. On the Tuesday night following his surgery, a nurse found him crying. When she asked if he was OK, he explained he had never felt better.

“In that moment, I realized that people are more important than money,” Daniel says. “I can either choose to live my life to try to do what’s best for people, or I can live my life for what’s best for me. God had seen fit to spare my life, and I’m going to make the most of it.” 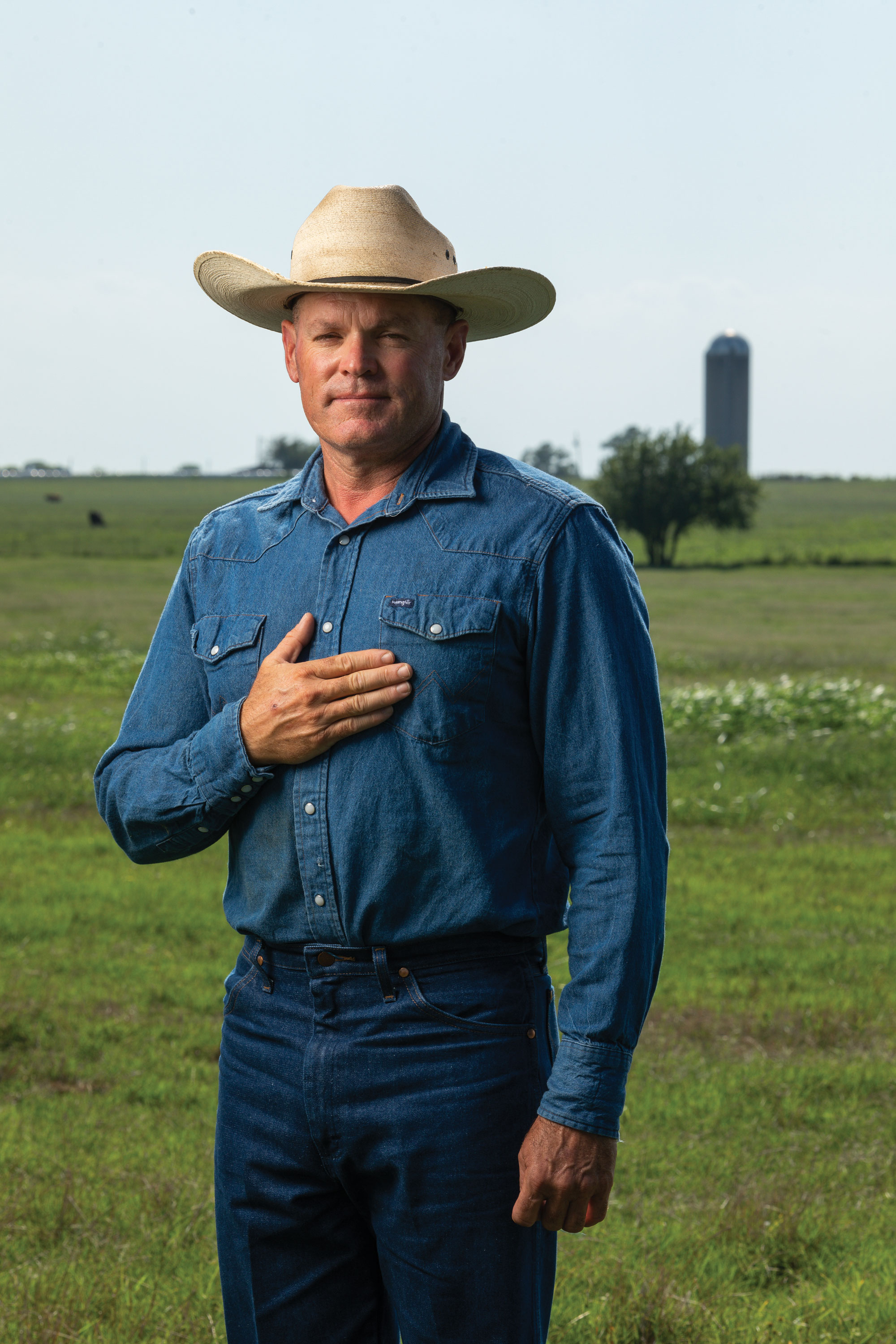 Daniel came home to the ranch that had been his whole life after 21 days in the intensive care unit. The vibrant hues of orange that adorned the trees in October had melted away. Leaves crunched as Daniel stepped on the driveway toward his home.

The house door burst open, releasing a welcoming parade of family. Daniel savored every second, filled with joy he hadn’t felt since before the land sale. Inside, he found cards covering the kitchen table. Each one offered an outpouring of well wishes, but Daniel insists that none were better than the one sent by Noble Research Institute.

“When you go through something like that, you find out who really cares about you,” Daniel says. “It was amazing to me how much the Noble Research Institute cared about what was going on with me. It’s not just a job to them.”

Hugh Aljoe, Noble Research Institute director of producer relations, remembers taking the card around for all the consultants to sign. “We rally around our producers here,” Aljoe says. “For us, the reason we stay here isn’t the paycheck. We stay for the atmosphere of being able to work with people who care about others more than anything. That’s why we are producer relations.”

Daniel had a secondary surgery to replace his battered valve in 2017, and now he is back on the ranch doing what he has always wanted to do: raising cattle. Only now, his change of heart has given him new appreciation for life and his responsibility on the land.

“This is what I love to do,” Daniel says. “I’m so thankful to be able to get up every morning and go outside and see what I can do to improve this ranch and raise quality beef.”

He embraces every chance to be a positive impact. And, on a brilliant morning, joy radiates from Daniel as he watches cattle dart downhill, making what would have been a mundane moment magical. 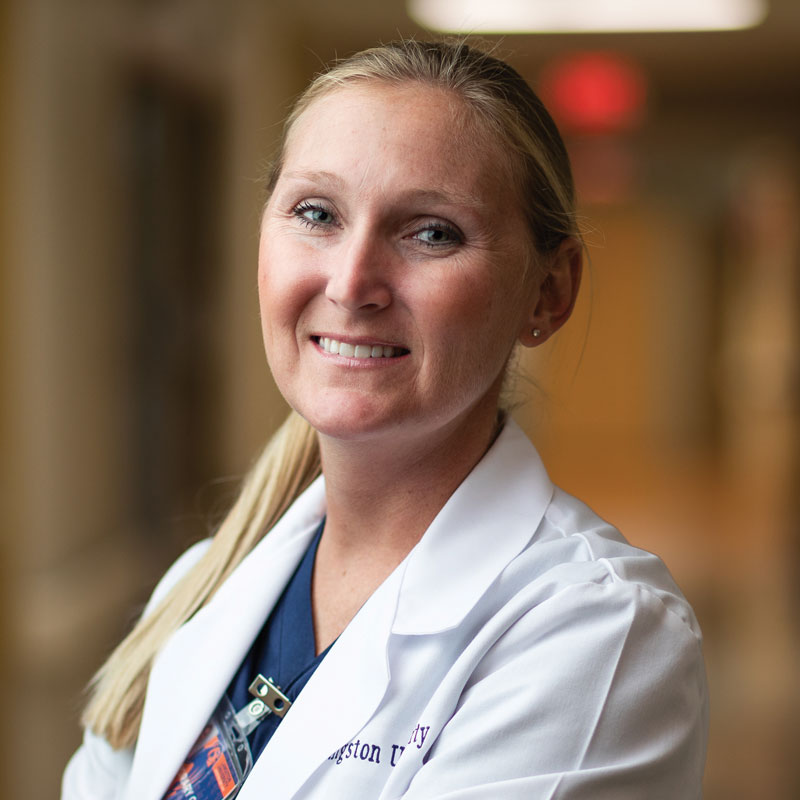