The Profiles and Perspectives Community Enrichment Series was launched in August 1998 to provide the southern Oklahoma community with interesting and stimulating lectures that may not otherwise be available to the region.

Profiles and Perspectives is a part of the Noble Foundation. Through almost two decades, the series has entertained and educated thousands of attendees by hosting speakers ranging from astronauts to zoologists.

All programs are presented at no cost courtesy of the Noble Foundation.

Subscribe to our email list to be notified when we broadcast a webinar or host an in-person event.

Optional: If you add your physical address, we will also send you print mailings notifying you of upcoming Profiles and Perspectives events. 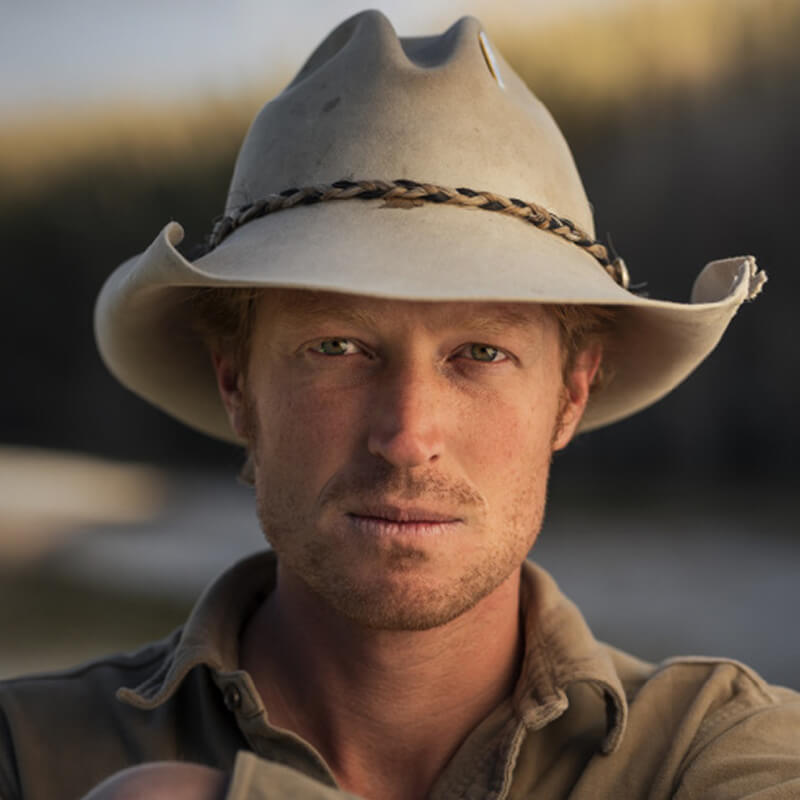 Ben Masters is a filmmaker and writer specializing in wildlife and adventure stories. He is most known for directing the feature-length documentary The River and The Wall (SXSW 2019 award winner) and for producing Unbranded (Mountainfilm 2015 Audience Award winner). Masters founded Fin and Fur Films, a production company specializing in short films featuring wildlife research, conservation and activism. 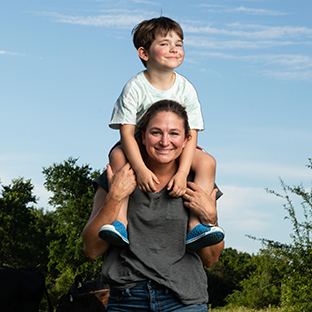 Meredith Ellis wanted to leave this world better than she found it, so she became a rancher. During her presentation, “The Legacy of Beef,” Ellis explores how she works with the natural ecosystem and uses the principles of soil health to nourish her cattle and the land. Ellis is excited to share how her regenerative management style helps her land mitigate climate variability, provide cleaner water, and support species conservation all while offering nutritious food to the world. 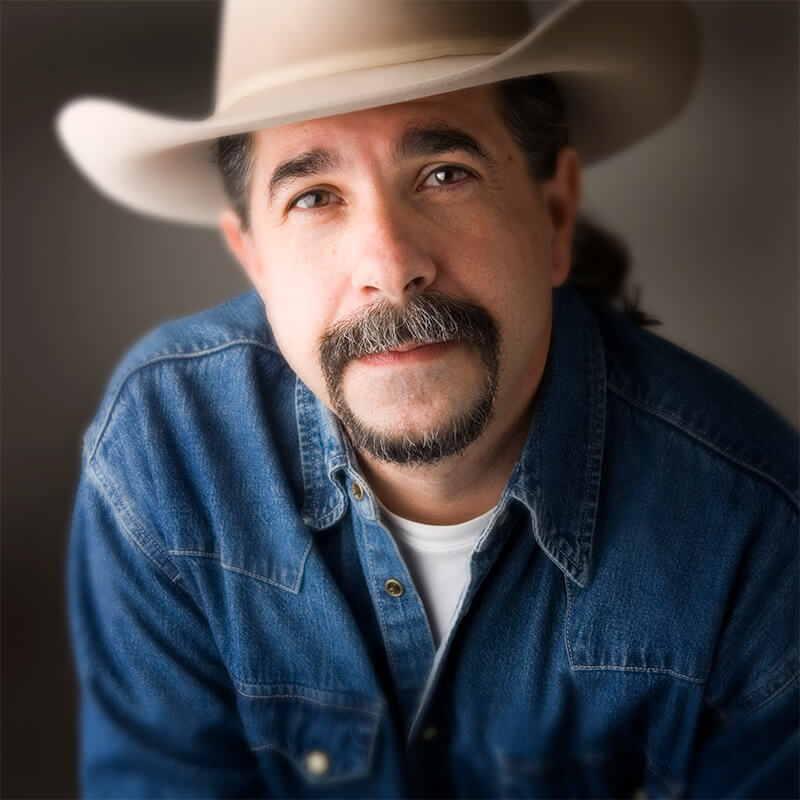 For more than 25 years, National Geographic photographer Vincent J. Musi, has photographed diverse subjects — from traveling Route 66 to global warming, life under volcanoes, illegal immigration, and the Arctic National Wildlife Refuge. Musi gets up close to his subjects, despite the fact that they growl, bark, roar, bite, hiss, claw, poop and pee on him. 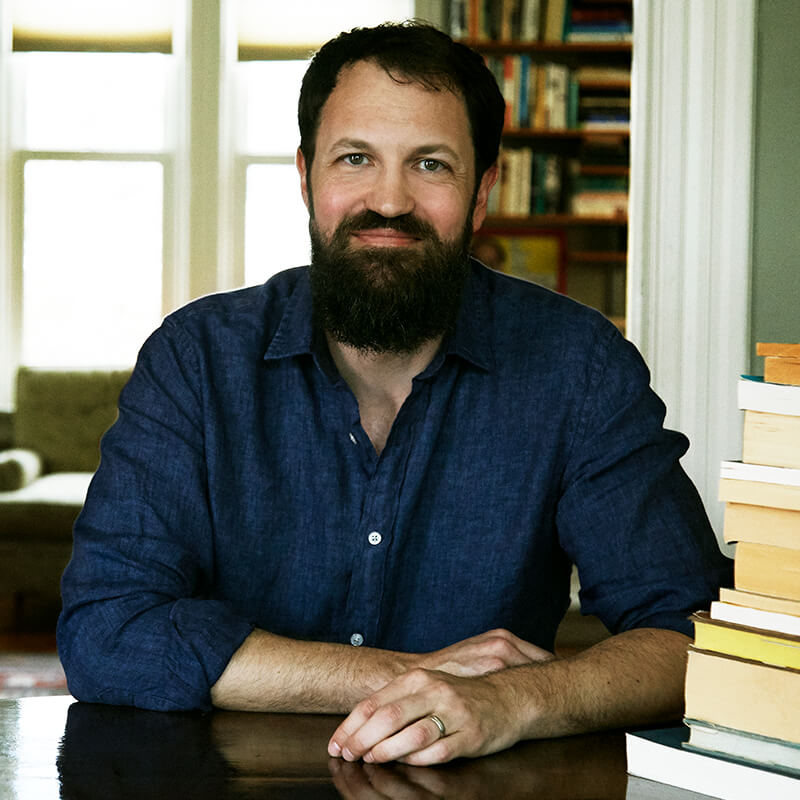 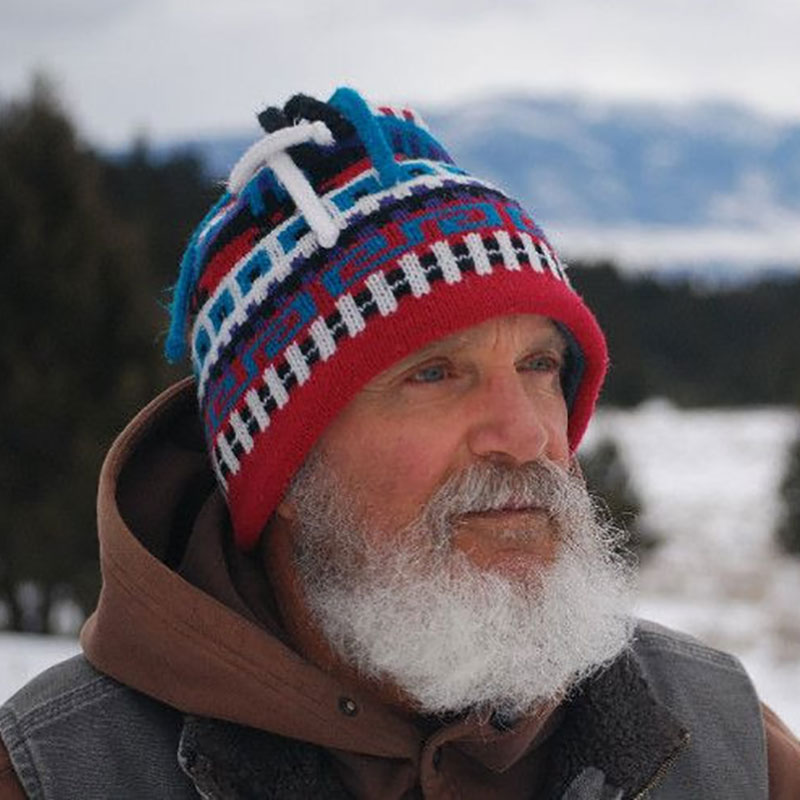 The roles plants and animals once played in nutrition have been usurped by processed foods that are fortified and enriched in ways that adversely affect appetitive states and food preferences. The need to amend foods, and take supplements, could be eliminated by creating cultures that know how to grow and combine wholesome foods into meals that nourish and satiate for the health of people and the planet. 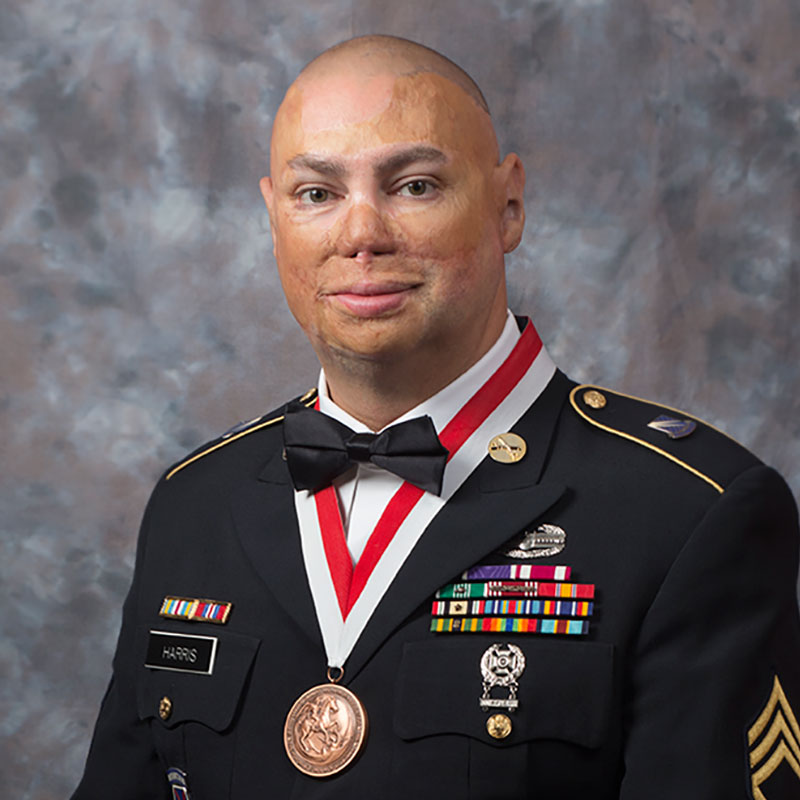 Staff Sergeant Shilo Harris’ Humvee hit an IED while on patrol in Iraq in February of 2007. In that blast he lost his ears, part of his nose, some fingers and over a third of the skin on his body. He also lost three of his best friends. What followed was an agonizing road to recovery, which began with nearly two months in a medically induced coma. Harris shares his inspiring story in his memoir, Steel Will: My Journey Through Hell to Become the Man I was Meant to Be. 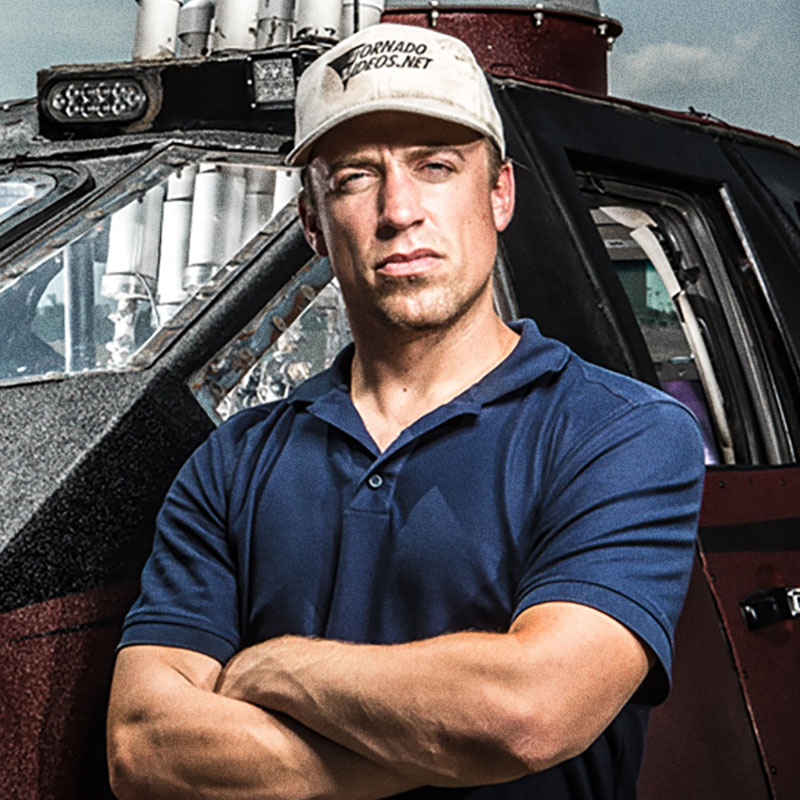 A storm chasing veteran of 20 years, Reed Timmer, Ph.D., takes his audience directly inside the tornado with videos and scientific data collected from the tank-like Dominator intercept vehicles, as featured on Discovery Channel's Storm Chasers series in 2008-2012. Reed shares intense, storm-chasing videos while discussing the roles of storm-chasers and emphasizing the science of tornadoes and how to stay safe in severe weather. 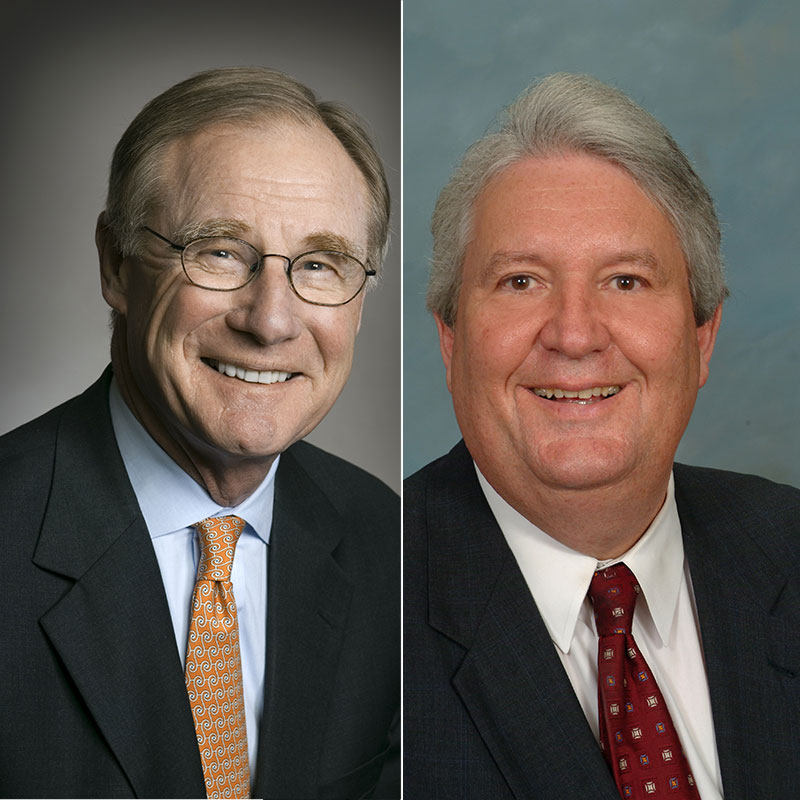 Burns Hargis and Mike Turpen, former co-hosts of KFOR’s award-winning public affairs show Flashpoint, deliver a humorous and insightful discussion about the election cycle – local, state and national. They share the issues, trends and likely results. Hargis and Turpen make bold predictions about the ultimate election-day winners, but they may be wrong. After all, both ran for governor of Oklahoma and lost. 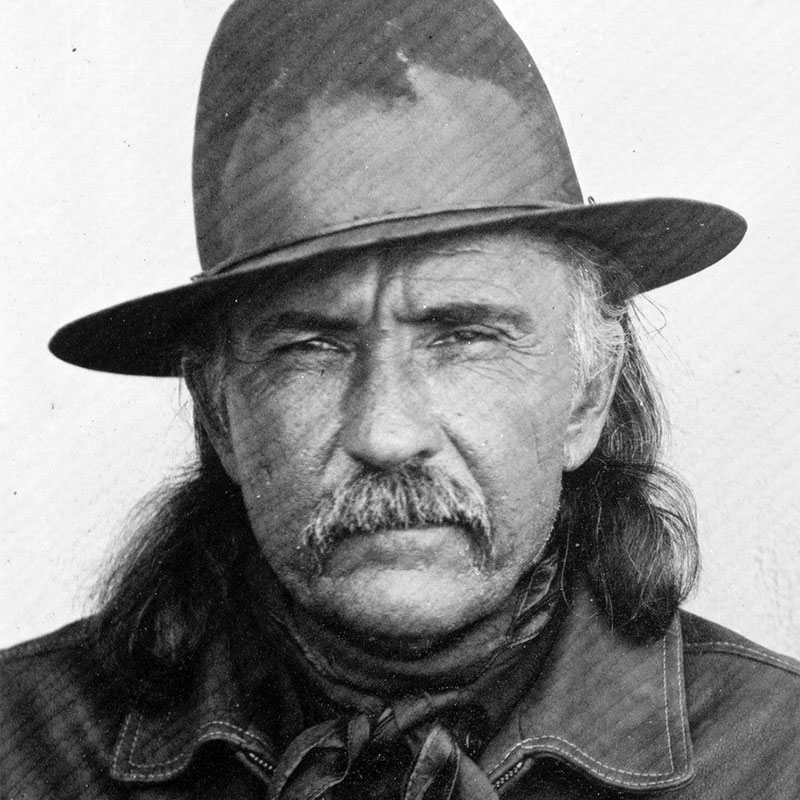 A self-taught Plains historian and professional photographer, Wyman Meinzer travels across the state of Texas capturing magnificent sunsets and wildlife in their natural surroundings. Meinzer will share the story of a family who ranched in South Texas for more than 100 years and has ties to the King Ranch, highlighting the lives and legacy of Tom T. and Alice Kleberg East. 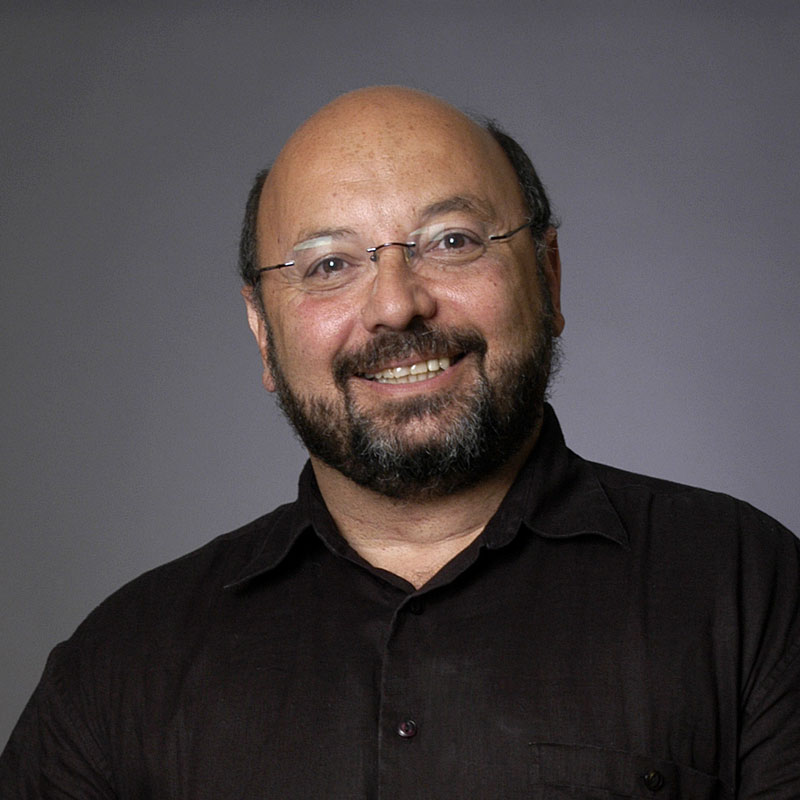 Dave Gallo, Ph.D., has discovered creatures from another time and vessels lost in other eras through high-resolution cameras. His awe-inspiring explorations offer a rare glimpse into a mysterious world that few people ever experience. Gallo co-led the expedition to create the first detailed and comprehensive map of the RMS Titanic. Gallo’s presentation will showcase his latest images and plans to lead another expedition to the Titanic in the near future. 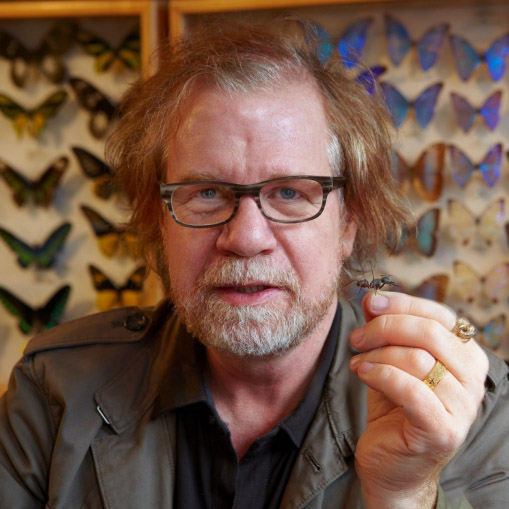 Is conservation only about the big things, such as lions, tigers and bears? Oh my ... certainly not! Mark Moffett's goal is to inspire his audiences to care about the obscure creatures: romantically inclined Sri Lankan spiders or dancing Brazilian frogs, 100-foot-wide (30.5-meter-wide) swarms of bloodthirsty army ants of Ghana, or the multicolored "Doctor Seuss" flies of New Guinea. No one else knows these stories firsthand or can convey them with Moffett's enthusiasm. 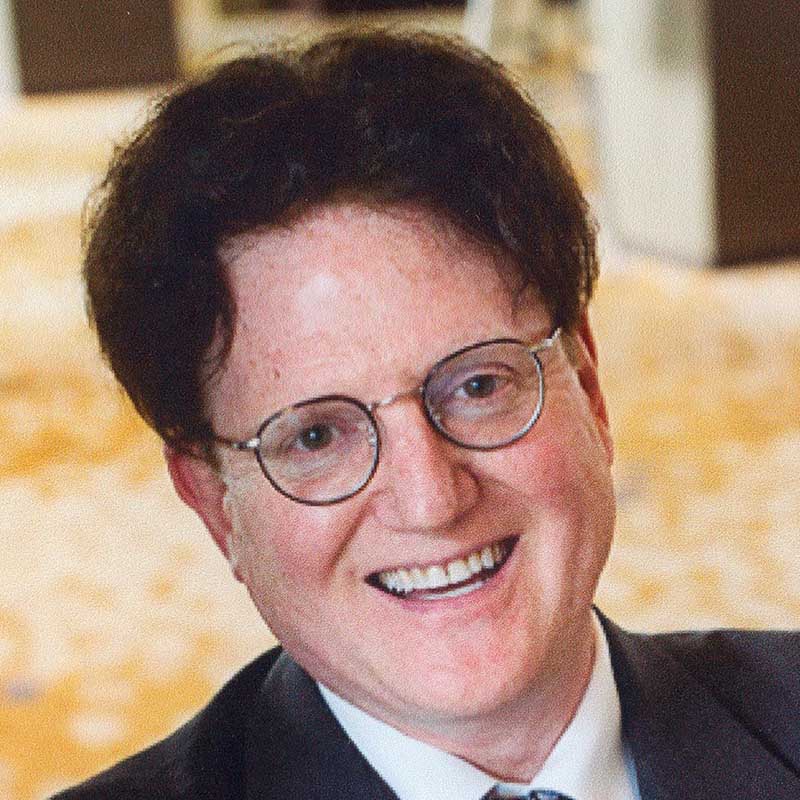 While most works of cinema are produced for mass entertainment and escapism, some have had a profound impact on our culture. Marc Lapadula, an award-winning film producer and senior lecturer at Yale University, will discuss how some movies have brought social issues to light, changed laws and altered the course of American history.