Howie Jackson was just 27 years old when he was diagnosed with acute lymphoblastic leukemia, a form of the disease common in juvenile patients younger than 17 and adults older than 65.

But that was just the beginning of his rare and remarkable story.

Treating leukemia often involves a bone marrow stem cell transplant, which requires a viable donor who is a genetic match (usually found among the patient's close family members). Jackson, however, was adopted from the Azores Islands, near Portugal, making a family option near impossible.

His future became a game of roulette as he was entered into the National Marrow Donor Program in hopes of finding an unrelated genetic match in time to save his life.

Almost as an afterthought, Jackson's transplant coordinator requested permission to enter Jackson into a different kind of donor registry the National Cord Blood Program on the slim chance that stem cells harvested from the umbilical cord of a full-term pregnancy would provide the match to save Jackson's life.

If the search yielded a match, Jackson would make history as the first adult in the state of Oklahoma to receive an umbilical cord blood stem cell transplant.

The odds were not in his favor, and it was a bet he couldn't afford to lose. 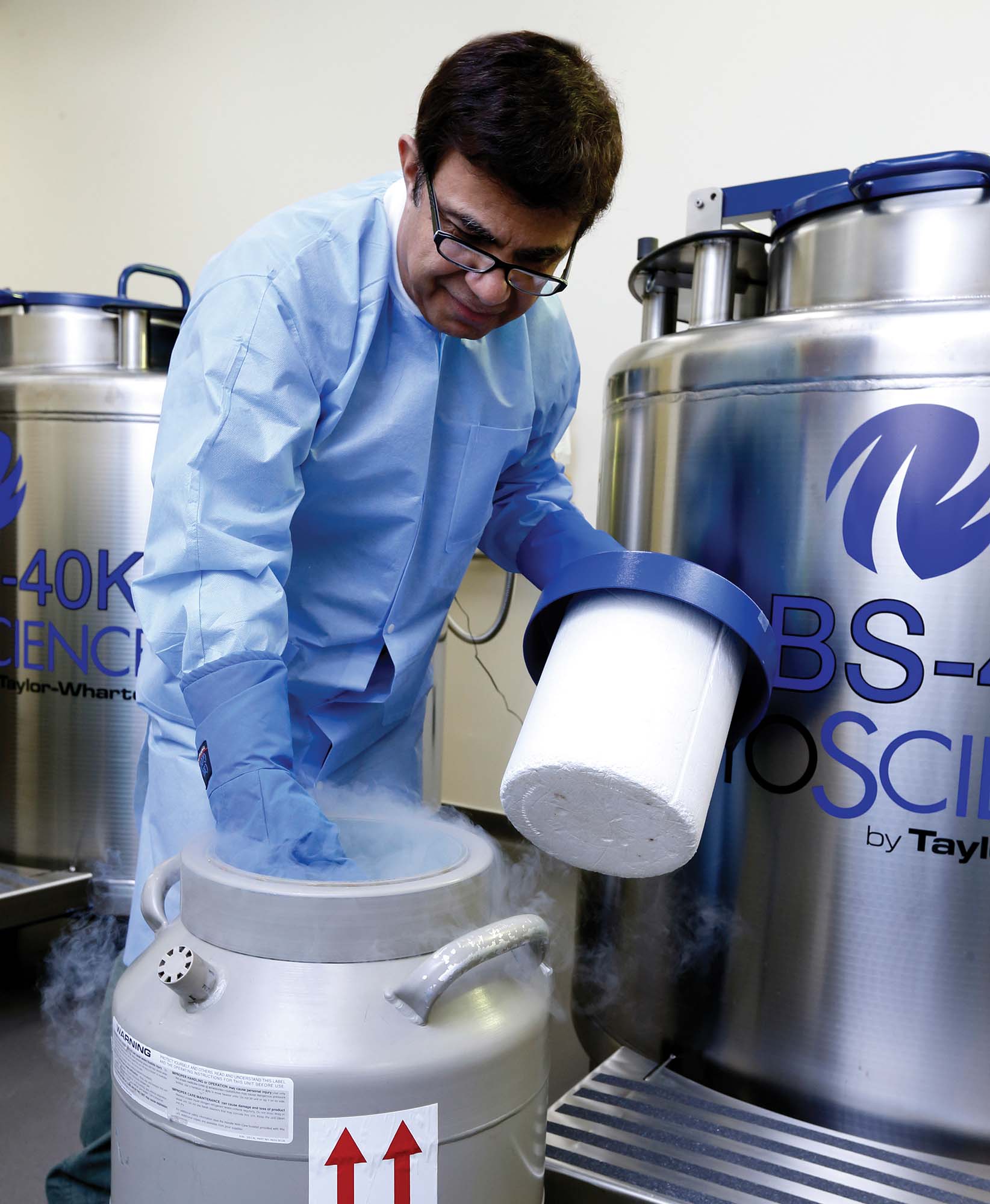 The National Cord Blood Program is a public bank housing the umbilical cord blood of full-term pregnancies for the purpose of harvesting viable stem cells as matches for patients with blood cancers and other blood disorders, like leukemia or sickle cell anemia.

The umbilical cord is taken after childbirth without harming the child or mother. After collection, cord blood is tested for tissue type and viruses, processed for freezing, and stored until it is needed for transplantation.

"In Oklahoma, prior to our public cord blood bank, the only option for an expectant mother who wanted to utilize her baby's umbilical cord was to bank it privately," said Gary Lynch, director of corporate development for the Oklahoma Blood Institute (OBI). "The initial cost to bank privately is between $2,000 and $2,500, then an additional $150 a year after that. All of this without a guarantee that it would be useable for her child or an immediate family member."

Without a public bank in Oklahoma (the closest option is in Houston, Texas), umbilical cords and the potentially lifesaving stem cells they hold were considered medical waste and thrown away. OBI wanted to change that. 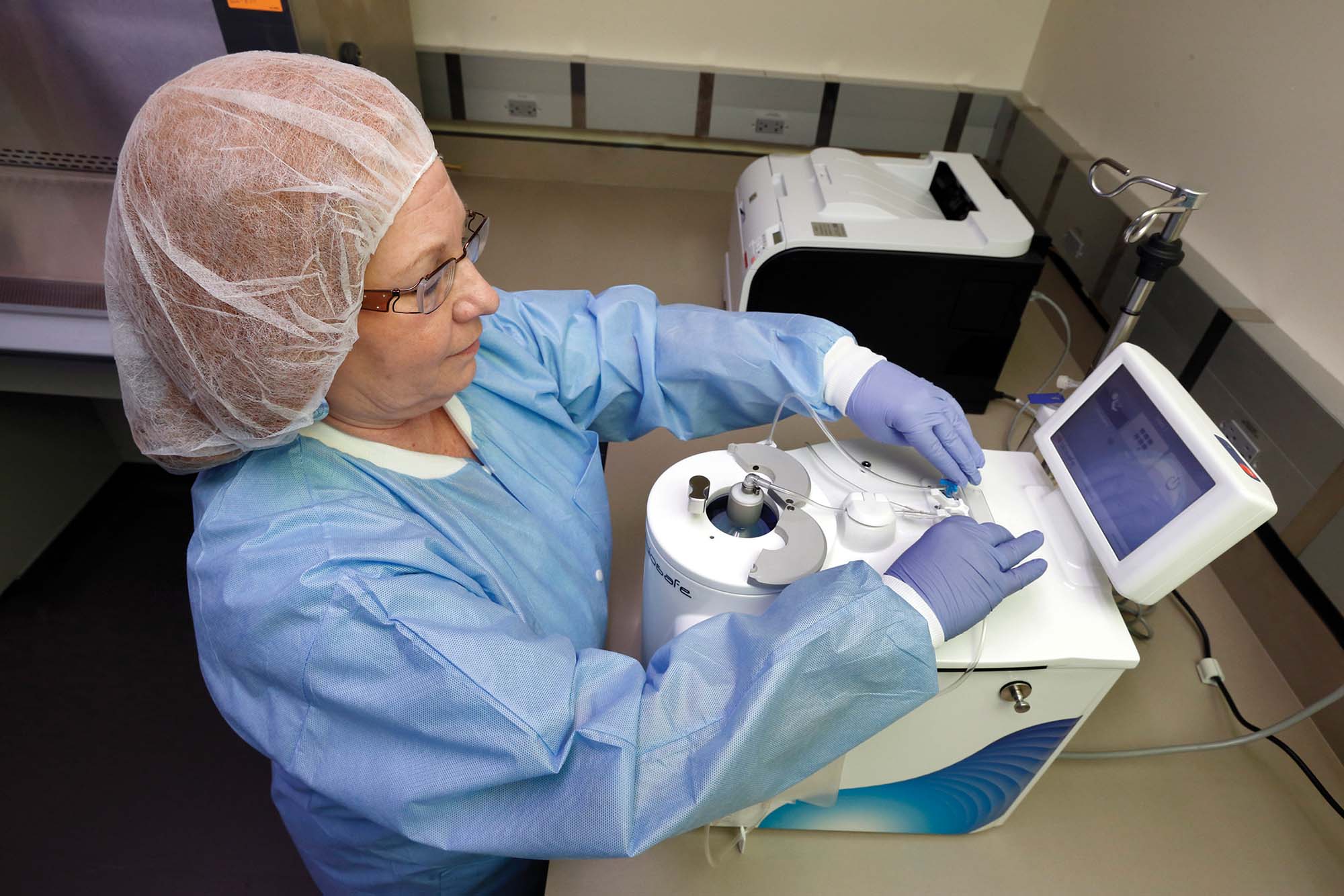 With A Little Help

The need for a public umbilical cord blood banking center within Oklahoma is as unique to the state as waving wheat and windy days. Oklahoma has the largest Native American population per capita in the United States, representing an opportunity to grow the national registry to further include and provide matches for minority patients.

OBI set a goal to raise $3 million enough to establish and maintain the public umbilical cord blood banking center for two years. OBI began reaching out to organizations within the state for financial support.

"The Noble Foundation and the Oklahoma Blood Institute share the same goal of advancing Oklahoma and its quality of life," said Mary Kate Wilson, director of philanthropy, engagement and project management at the Noble Foundation. "In addition to helping Oklahomans, the public bank gives us the opportunity to increase the diversity of the national registry and help people everywhere. We wanted to be a part of this noble cause."

The center opened in January 2014. OBI will soon complete the rigorous Food and Drug Administration licensure process for the cord blood facility. Additionally, a major portion of OBI's original headquarters in Oklahoma City has been renovated to accommodate offices, laboratory and cryogenic storage tanks for the program.

OBI's new public umbilical cord blood banking center is one of 17 in the country and 24 worldwide. Mothers giving birth at OU Medical Center can choose to donate their child's umbilical cord to the state bank. OBI will partner with additional hospitals in the future and eventually collect enough cords to qualify for entry in the national registry. Opening OBI's public umbilical cord blood bank and establishing its presence in the national registry is just the beginning; raising awareness, sustaining funding and getting mothers to donate are their greatest challenges.

"Cord blood is being used for treatment of blood disorders, but scientists are beginning trials for diabetes and traumatic brain injuries," Lynch said. "The future is unlimited." 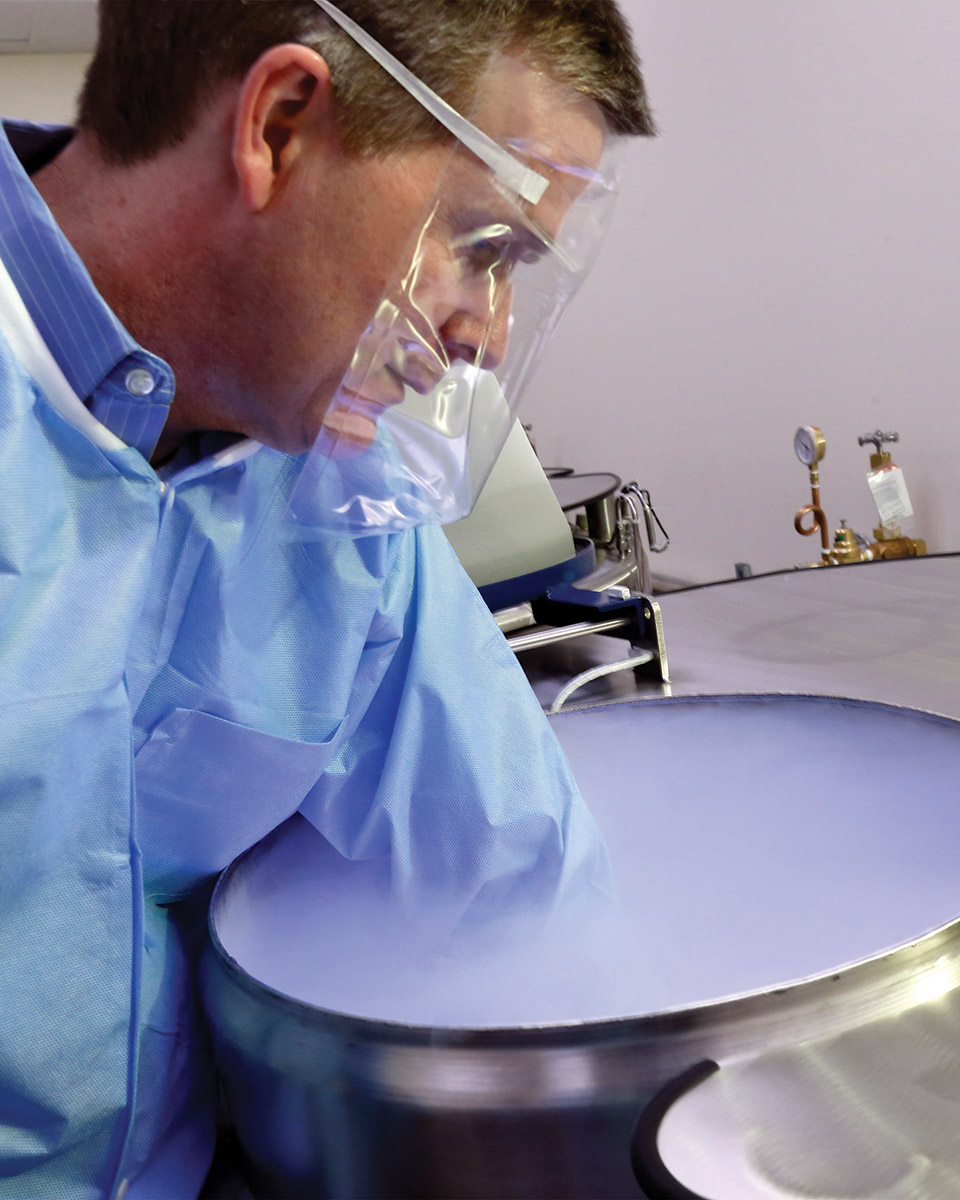 Today Howie Jackson is cancer free. He was the first adult in Oklahoma to receive a stem cell transplant from umbilical cord blood after finding six perfect genetic matches in the national donor registry.

He entered into remission.

A year and a week after his successful transplant, his leukemia returned. But because his first transplant was a year earlier, he was eligible to enter the national umbilical cord blood registry again.

Because of his success, it is now common practice to use two cord units on adult patients of leukemia.

"Our biggest hurdles are manpower, resources and getting this information out to the general public," Jackson said. "If we keep trying and we spend enough money, we will beat cancer. That's a promise. I am a man who was cured by God and because people gave money for research."