Michael Evens credits family with his lifelong fascination with automobiles and fixing them.

“My grandfather got me into it,” the 20-year-old Marlow man says, of his love for auto mechanics. “As long as I can remember, he always had a car to play with. And I was out there helping him.”

While Evens mirrored his grandfather when it came to tinkering with cars, he laughs when he admits he did not follow in his grandfather’s exact footsteps.

“He likes Chevys, and I went to Ford,” Evens says, laughing again while admitting, “It made him mad, at first. And I thought it was funny.”

“Sam Noble knew that education is one of the most valuable tools in life. Thanks to his generosity, we have the privilege of watching students like Michael Evens as they grow in their studies and step out into the professional world, where we know they will create positive impacts in their communities.”

The skills Evens grew up with followed him into high school, when he began taking classes part-time at the local technology center. There, a teacher who had been a Ford technician suggested Evens consider attending the Ford Automotive Student Service Education Training program, or ASSET, at Oklahoma State University Institute of Technology in Okmulgee.

The teacher’s description intrigued Evens, who continued to ponder the idea as he secured his first full-time job after high school. Evens graduated on a Friday. The following Monday, he started work in the service department of Billingsley Ford in the nearby town of Duncan. By the end of the summer, Evens knew he was in the right career field and that he wanted to further his education. 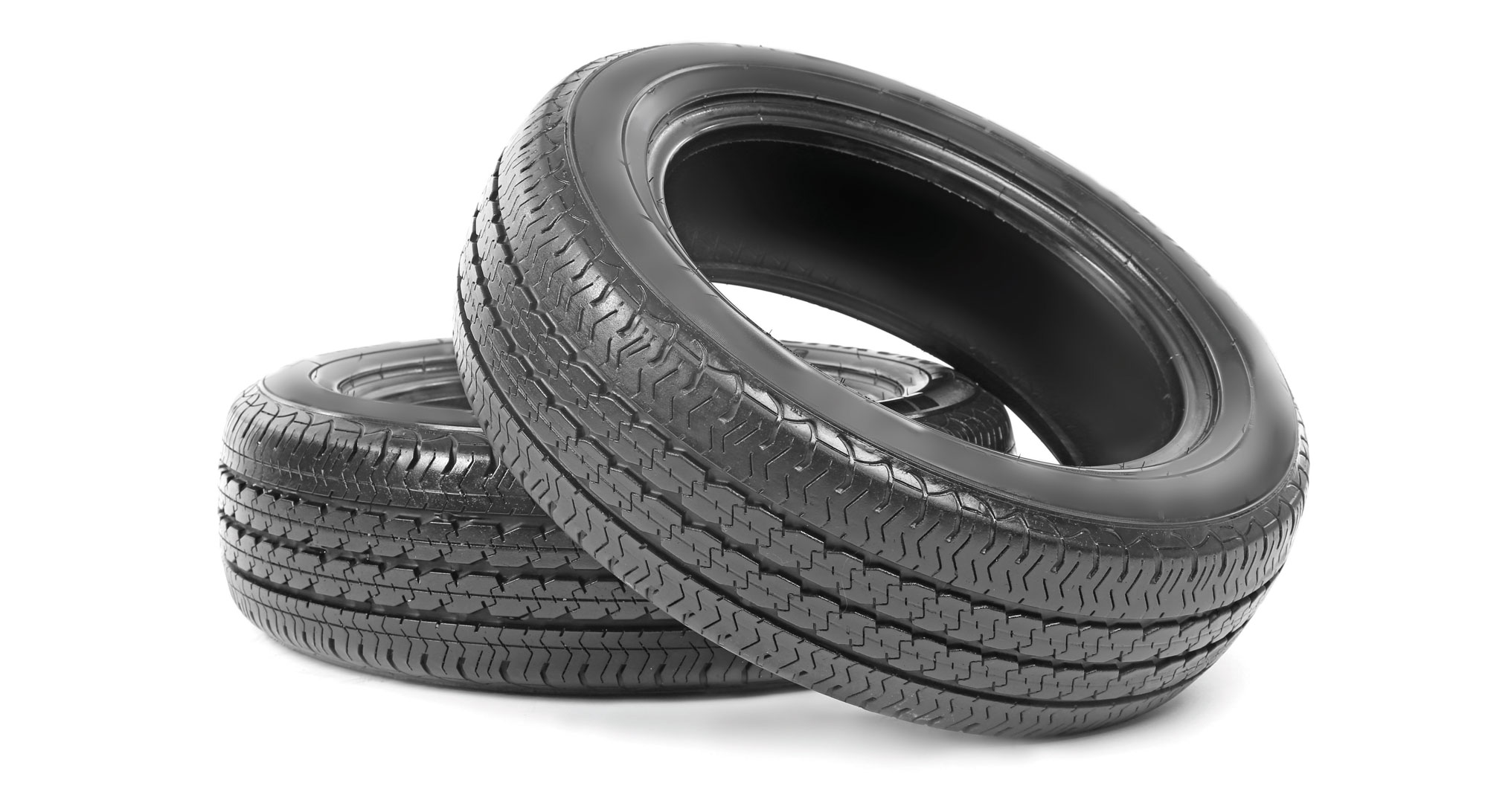 In August 2016, Evens moved to Okmulgee and entered ASSET. The two-year program is designed to give students specialized automotive training and real-world experience as they earn Ford certifications and associate degrees in applied science.

“It’s a total immersion in service technology,” says Evens, who graduated from the program at the end of August. “You learn every Ford-specific system on a vehicle, which will put you years ahead of learning in a shop. So, it’s a really big advantage to get ahead in a shorter amount of time.”

During the last two years, Evens has studied traditional subjects in the classroom while also completing a hands-on curriculum in the program’s automotive laboratory. The program also requires an internship. When it was time for Evens to take what he learned in the classroom and apply it on the job, he returned home and to the familiar shop at Billingsley Ford.

But, Evens says, he isn’t certain he could have chased his dream without his two-year Sam Noble Technology Scholarship.

“I was left with a couple thousand dollars (of debt) even with federal assistance, and I don’t think I could have paid it out of pocket without getting more loans,” he says, of the expenses of attending school. “The scholarship usually paid for most of what I had left (in debts each semester). It was very, very helpful.”

The scholarship is named after Sam Noble, son of founder Lloyd Noble, who bequeathed funding in 1992 to establish the program, which supports south-central and southeast Oklahoma students as they pursue degrees in technology and agriculture.

“Sam Noble knew that education is one of the most valuable tools in life,” says Alexis Carter-Black, Noble Foundation director of philanthropy. “Thanks to his generosity, we have the privilege of watching students like Michael Evens as they grow in their studies and step out into the professional world, where we know they will create positive impacts in their communities.” 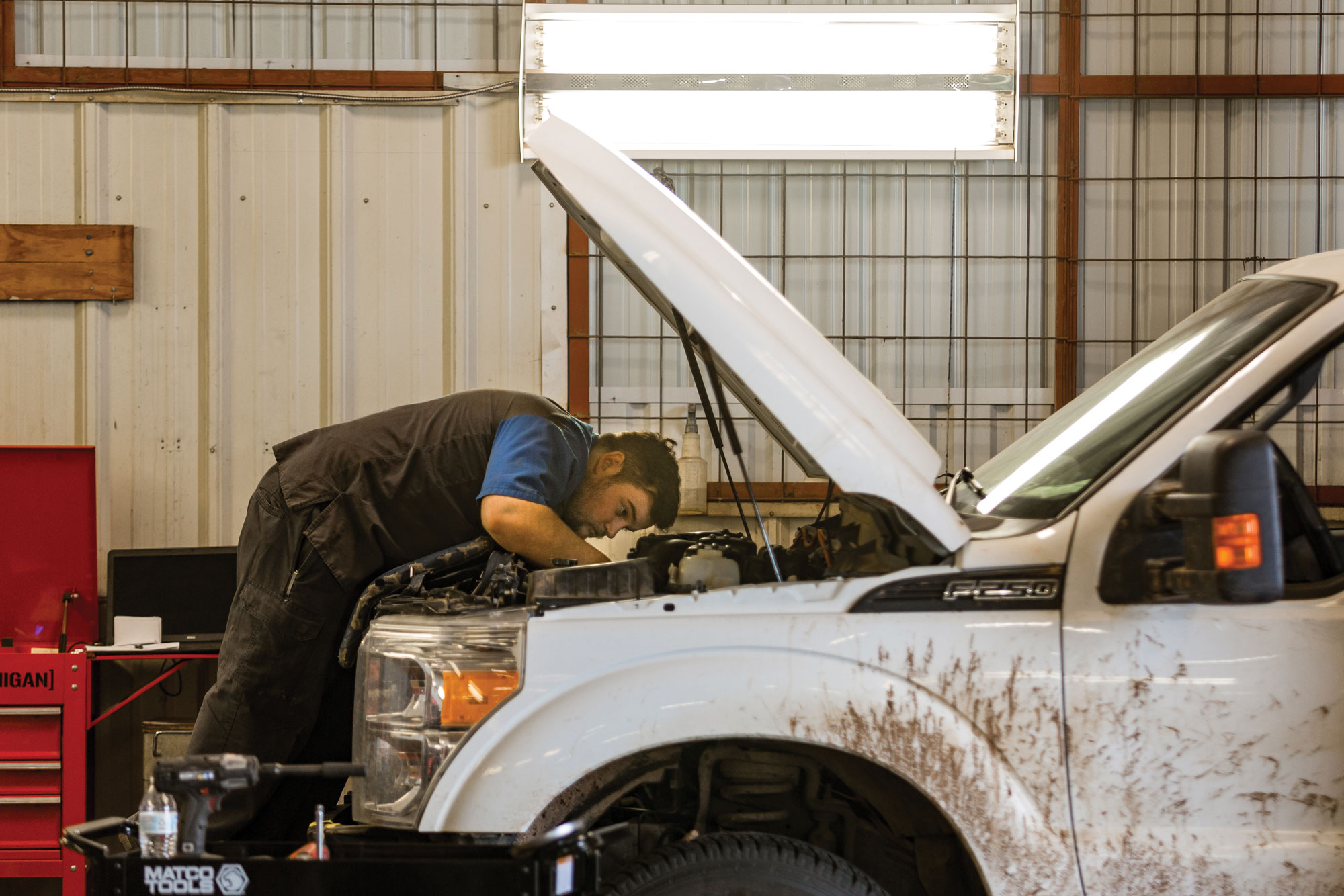 Jeremey Harris, Ford ASSET program instructor at OSU, says that while students come from a variety of backgrounds, successful candidates all share the desire to learn as they work their way through the 12 major areas associated with the certification.

“They have to want to be here. They have to take initiative and be responsible for their own education. We provide the environment, and they provide the desire,” Harris says, adding that Evens fits into the program because of his desire to learn.

“His performance and behavior are exactly what we want from our students so they will be successful,” he says. “He works well with anyone he is partnered up with in the lab or the shop. He is the type of student we would hope to have every year, the kind that wants to be a technician and not just a parts changer.”

The key to the program is small bites. Students spend two months in the classroom then apply what they learn at their internship site for two months.

“[Michael’s] performance and behavior are exactly what we want from our students. He is the type of student we would hope to have every year, the kind that wants to be a technician and not just a parts changer.”

“You take that small bit of information and apply it instead of receiving it for two years then going to a shop,” Evens says. “When you take it and immediately use it, it sticks with you.”

The blend of academics and hands-on learning can be points of worry for students trying to do their best while also putting finances into place to cover everything from tuition and textbooks to housing and tools. The Sam Noble Scholarship means one less burden, Evens says.

“I worry a lot less about how I pay for this, about whether I will have more debt when I get out,” he says.

Looking to the Future

When Evens returns to southern Oklahoma after graduating from ASSET, he’ll not only have a college diploma and practical knowledge. He’ll have a job.

In September, Evens will return to Billingsley Ford as an automotive technician. For the first time, he will not be working alongside a mentor. Instead, he will use what he’s learned to diagnose and address automotive troubles by himself. The thought is a little intimidating but exciting, he says. And, he has big dreams for the future.

He would like to stay with the dealership and eventually work his way up through the ranks of the service department to become a manager. “There are good people here, good work. And, it’s close to home,” he says. “I feel confident that my education is going to help me now and in the future.”