Camp Trivera is an urban STEAM campground founded by Girl Scouts Western Oklahoma in the heart of the Adventure District in Oklahoma City. The camp is designed to feature a STEAM surprise around every corner. Visible piping and wiring through walls highlight the mechanics of elevators or the science of a kitchen. Treehouses and hammock sleeping decks introduce camping skills and stargazing. A Thunder-branded basketball court and an indoor rock-climbing wall combines physics and geology. Scouts can hike or canoe on the camp’s 19 acres or learn aerodynamics by zip lining on the Monarch Flyway to the Oklahoma City Zoo, or visit neighboring Botanical Gardens, First Americans Museum and Science Museum.

“What girls will learn here will be building blocks for their brain. If we see it, we can be it.”

But Camp Trivera’s most futuristic feature is the Wall of Women — an interactive, touchscreen mural highlighting international, national and local women in STEAM. Girls can meet virtual mentors like zoologists, geologists, oceanographers and aerospace engineers by clicking the screen and following their career paths before choosing a STEAM kit of camp activities based on a specific scientist’s research. 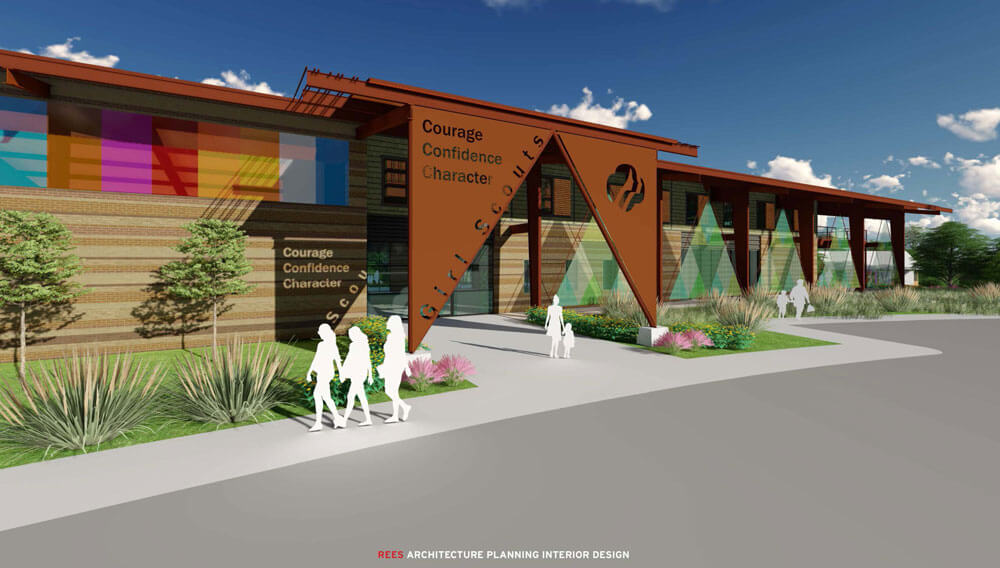 “Camp Trivera is about getting interested in things we otherwise wouldn’t have an opportunity to,” says Thomson, a career Oklahoma Girl Scout and top-selling cookie entrepreneur and leader who participated in the design process for the camp. “It’ll change my future and the future of every girl who comes to this camp.”

Thanks to Camp Trivera, Thomson says she might have a future in science, technology, engineering, arts and math (STEAM).

Girl Scouts’ mission is to build girls of courage, confidence and character who make the world a better place. Girls of every background are invited to enroll in introductory STEAM programs starting at age 5 continuing to graduation from the organization at 17. In Oklahoma, 82% of the 12,000 Girl Scouts are from metro areas, with 67% living below the poverty line. Oklahoma Girl Scouts offers an introduction to possibilities never before seen at home or in school as well as access to mentors and career paths rarely thought possible.

“What girls will learn here will be building blocks for their brain,” Thomson says. “If we see it, we can be it.”

Oklahoma Girl Scouts Camp Cookieland in Newalla, Oklahoma, served scouts in all the classic ways since 1948. Girls earned badges through outdoor experiences like building fires and exploring nature. But when construction was routed through the camp in 2016, the organization sold Camp Cookieland to the Oklahoma Turnpike Authority for $3.2 million.

Selling the camp was a lesson in advocacy, says Melissa Pepper, Girl Scouts Western Oklahoma chief development officer. Letting go of Cookieland meant envisioning a new camp to meet modern needs. To understand those needs, the Girl Scout Research Institute (GSRI) annually reviews the “State of Girls” and provides data-driven information on the best ways to engage campers and guide programming. GSRI found that girls learn best in all-girl environments, where they feel safer to take risks, fail and try again. In these settings, girls also take on roles they may otherwise not in coed groups, says Pepper. 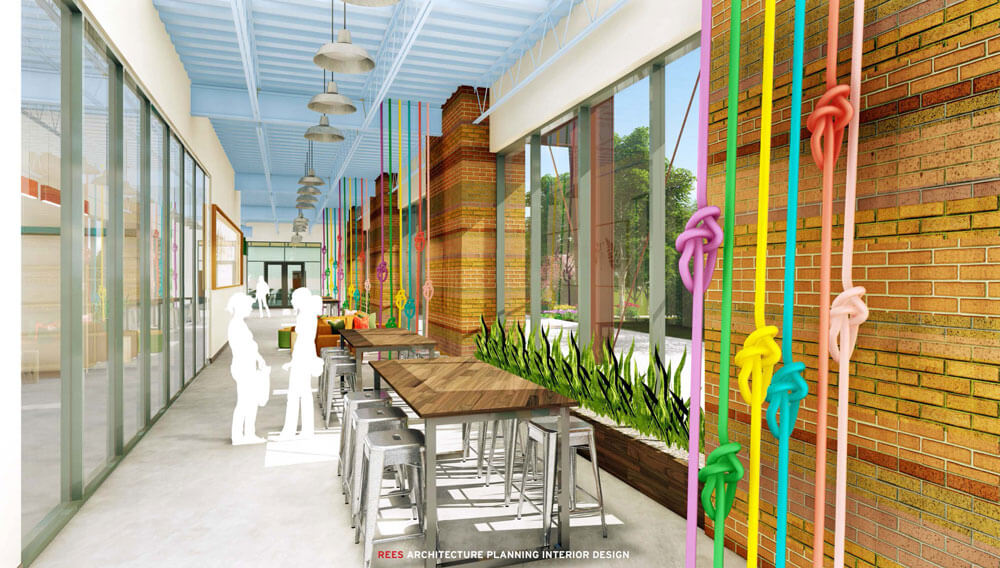 To keep girls interested in Scouts, they have to love camp. So, the girls decided to engineer their own.

Like everything in Girl Scouts, the way forward to a new camp was girl-led. Girl Scouts used the organization’s eight-step advocacy program to form committees and town halls. Troops toured potential site locations, brainstormed designs, and considered what organizations might fund their more than $13 million dream for a modern camp focused on girls in STEAM — the first of its kind nationally. 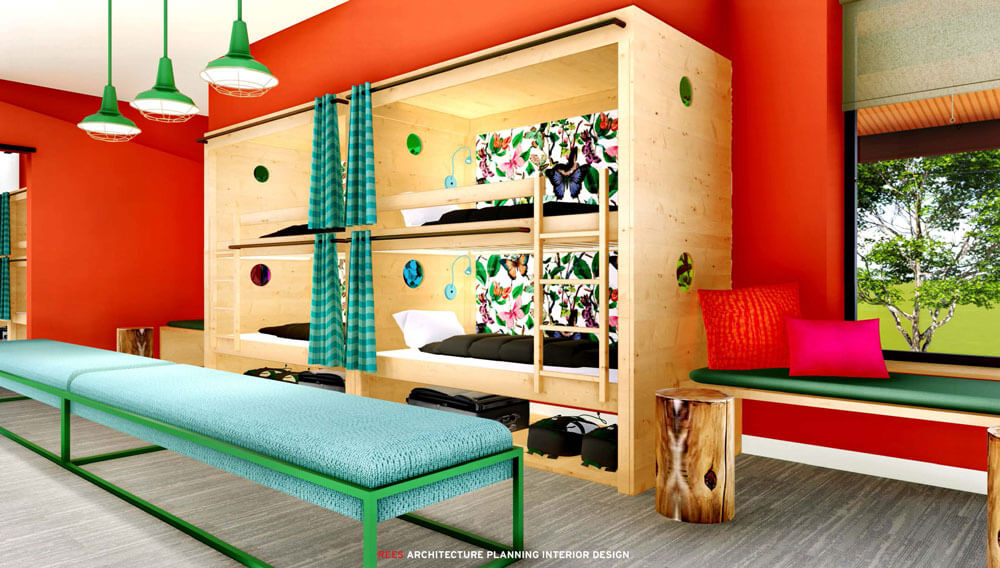 “There’s a huge deficit when you consider how many STEAM jobs are available compared to how many prepared individuals there are. The biggest gap is in women in STEAM,” Pepper says. “With this camp, we’re doing our part to help close that gap and support the STEAM industry, which ultimately supports Oklahoma’s economy.” 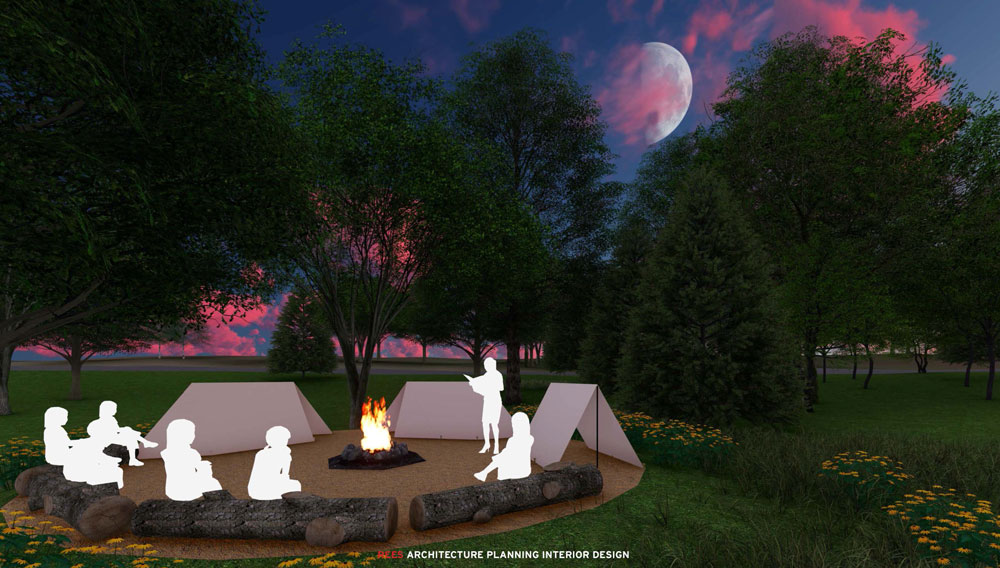 A STEAM camp meets one of Girl Scouts’ core visions for the future: to introduce 2.5 million girls to the STEAM workforce pipeline by 2025.

“STEAM camp is a way to open up girls’ minds,” says Katie Francis, a Girl Scout alumnae and former girl representative on the board for Girl Scouts Western Oklahoma and the discovery team for Camp Trivera. “If you ask a sample group of boys and girls, ‘What do you want to be when you grow up?’ You’ll see the gender gap. There’s a growing need for STEAM and jobs to be filled. To have the mindset to succeed in a STEAM field, girls need to be shown from a young age that this is possible.”

“We recognize that today’s students are the future for agriculture and our society. We want to do everything we can to help cultivate critical thinkers who understand and appreciate agriculture and the role of science in it.”

Pepper estimates 5,000 Girl Scouts will attend a day or overnight STEAM activity at Camp Trivera each year, with an estimated 10% yearly growth.

“Imagine if only 10% of campers get the STEAM bug each year. That’s 500 girls,” Pepper says. “Imagine the snowball effect year after year. We’ll see the growth of STEAM careers in girls from Oklahoma.”

The sale of Camp Cookieland, cookie sales, and individual and organizational donations funded the purchase of undeveloped land. In addition, educational programming support came from a number of organizations including The Samuel Roberts Noble Foundation, which awarded $50,000 to supply the camp’s laboratories and STEAM activity kits. 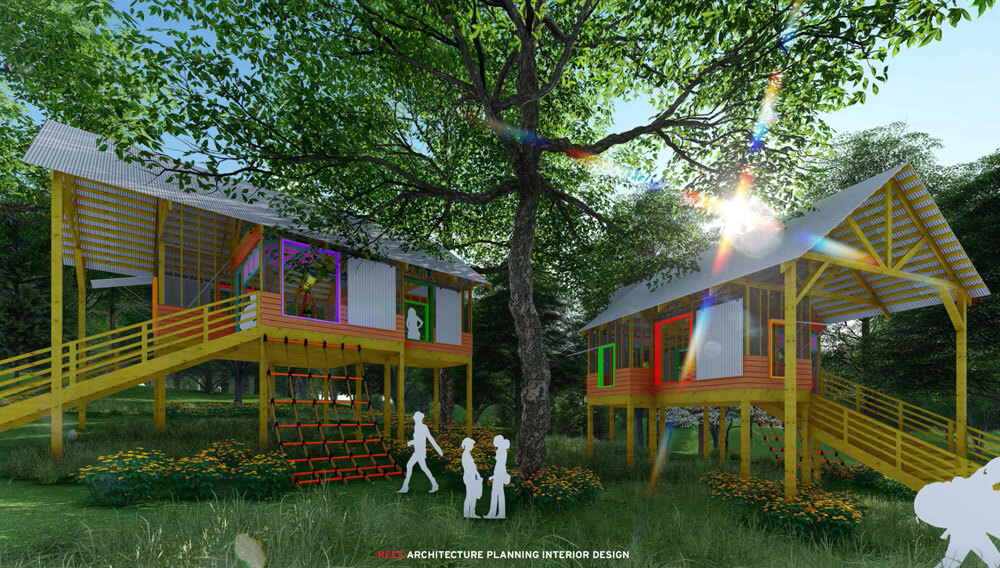 “We recognize that today’s students are the future for agriculture and our society,” says Stacy Newman, director of philanthropy for the Noble Foundation. “We want to do everything we can to help cultivate critical thinkers who understand and appreciate agriculture and the role of science in it.”

After her experience helping design and then attend the new camp, Thomson applied to other STEAM programs. She is a top-scoring participant of the Naval Academy summer STEAM camp and is exploring new areas of science.

“I had not been involved in STEAM until this process,” Thomson says. “My advice is to always keep going. If there’s a block in the road, keep going. You can build your abilities higher than you ever thought possible.”

Camp Trivera opened in fall 2020. Troops nationwide can use the camp for day or overnight stays, and outside groups can rent the space for events at half capacity, providing sustainable funding for the camp’s operations during COVID-19 restrictions. Large rooms and spacious acreage offer visitors the opportunity to social distance while experiencing camp. The initial challenge of losing Camp Cookieland has transformed Oklahoma Girl Scouts camp to a high-tech destination, says Thomson.

“We did it,” she adds. “And now everyone can learn at this camp for decades to come.”