A hush settles over Teri McDaniel's fifth-grade class as a document delicately makes its way from one set of hands to the next. Wide-eyed students examine the texture of the paper and one suspiciously large signature near the bottom of the page. McDaniel continues explaining the document's origin, its rebellious writers and the revolution that erupted from one radical idea put on paper.

"Is this the real Declaration of Independence?" one student whispers in awe. McDaniel explains that it is simply a copy, made to look and feel like the original. Yet history has truly come alive in this moment for McDaniel's students. It lives and is relived every day in classroom 23.

Focusing on primary sources such as letters, financial records, bills of sale, journals of farmers and other replicated artifacts, students test theories and draw conclusions about the lives of those who built early colonial America. "They're scientists of history," McDaniel said. She teaches fifth grade in Madill, Okla., but was able to travel back to early colonial America, thanks to an educational program designed to make history education come alive. 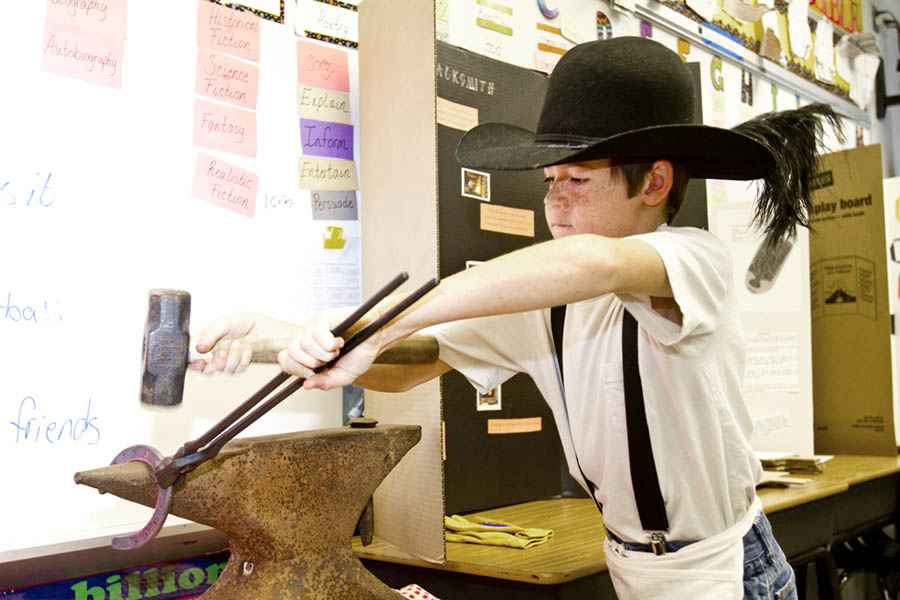 "The Noble Foundation has an extensive history of funding projects that support or enhance Oklahoma education and educators," said Mary Kate Wilson, director of philanthropy, engagement and project management at the Noble Foundation. "Our trustees take great joy in helping educators attend the Colonial Williamsburg Teacher Institute and watching them return to their classrooms energized and inspired to teach social studies. The students respond, and test scores reflect the impact of the experience."

The joint effort between the organizations is not an unlikely marriage. Just as the Noble Foundation is driven by founder Lloyd Noble's vision, the Oklahoma Foundation for Excellence continues to fulfill the vision of its founder, David L. Boren. Boren is a former Oklahoma governor and senator, and, during his term as governor of Oklahoma, he attended an event held to honor the successes of students and their educators across the state. It wasn't elaborate. It wasn't well attended. It wasn't grand. Boren believed public educators deserved more, so he gathered Oklahoma business owners, community leaders and private foundations to raise money for public educators and their programs.

"Our mission is to encourage academic excellence in public schools," said Brenda Wheelock, Oklahoma Foundation for Excellence communications director and liaison for early American history programs. "We began the program, and the ripple effect has been felt through generations of students and teachers across the state."

Wheelock attended the teacher institute in 2002 and describes the experience as career-altering, even spiritual, for educators.

"Many educators say the institute is the best professional development experience they've ever had and that they learned more there than in college," she explained. "The institute doesn't change the way educators teach history, it changes the way they teach all subjects. They learn how to make lessons engaging, exciting, relevant and hands-on. They learn how to be a great storyteller and how to use primary sources. They come back with so many ideas. It invigorates them as teachers, and they realize what they can do with their students and all the possibilities in the classroom." 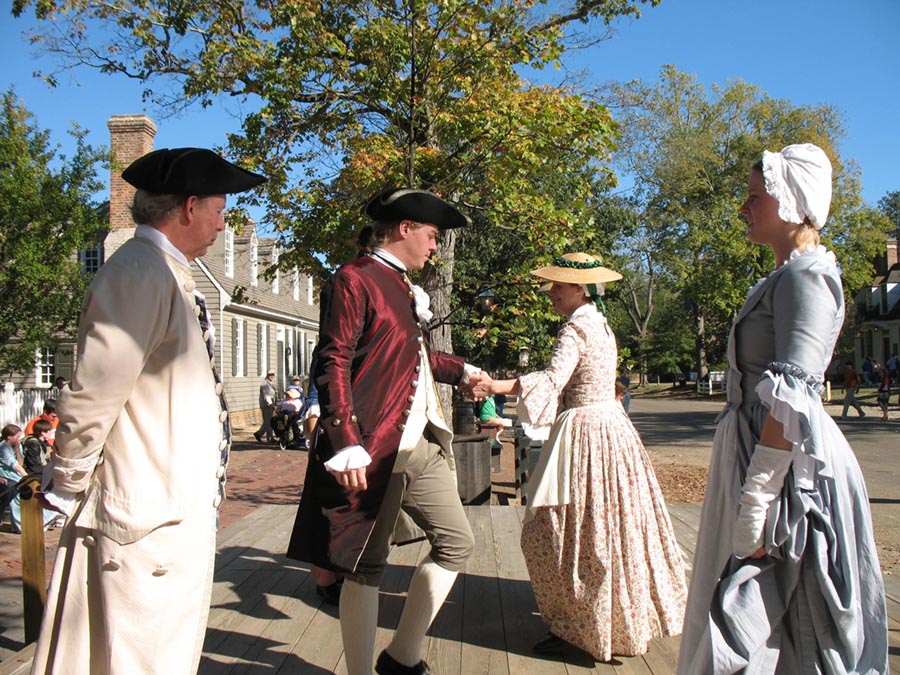 Photo by Travel Bug/Shutterstock.com
Colonial Williamsburg actors in period clothing demonstrate a dance popular in the early days of America.

For one week each summer, teachers are immersed in the late 1700s, living in and learning from the time period and the people who lived it. They experience history viscerally and take that back to the classroom. Much like the first colonists of America, the teachers begin their journey in Jamestown, Va.

"We walked on the ships the first colonists came to America on, learning about the hardships they faced, like disease and starvation," said Jennifer Day, who has taught fifth-grade social studies for 17 years at Dickson public schools. "We walked through both Indian and English homes, learning about the real story of Pocahontas. It was amazing to stand on the same ground where the very first English colony was settled."

Teachers not only walked, but worked as if it were the 1700s. Stomping mud in a brickyard, grinding corn and picking bugs off tobacco leaves were all activities designed to push the educators even deeper into the time period.

Yet Oklahoma educators weren't the only ones uncovering history in Jamestown. The original colony is still a dig site, and teachers were able to meet with the chief archaeologist. Each teacher was given a stipend for supplies and was able to bring back replicas of agricultural tools and other artifacts found at the dig site, putting history in the hands of their students.

"History is a human thing," said McDaniel, back in her classroom. After introducing students to an artifact, she asks what students believe about the person who used or created it, and how they lived. "We are now teaching kids to connect on a level that asks 'How would I feel in that situation if I was a slave, a Native American, a loyalist, a farmer?' Having been there inspires me to take children through lessons in the classroom."

While at the institute, educators also get to meet the colonists and Founding Fathers of America. Interpreters - people who study primary sources of historical figures, then develop a living character of that person - spend the week with educators, telling stories and conducting trials and debates as both loyalists and patriots. With them, Oklahoma educators travel from Jamestown to Williamsburg and finally Yorktown - literally experiencing the journey of America's origin from the first colony to the final British surrender.

"We sat in the same room where our forefathers debated the loyalist/patriot cause," Day said. "We spent a day with an interpreter who acted as a leader in the army. He taught us how to march, carry our guns and fire." 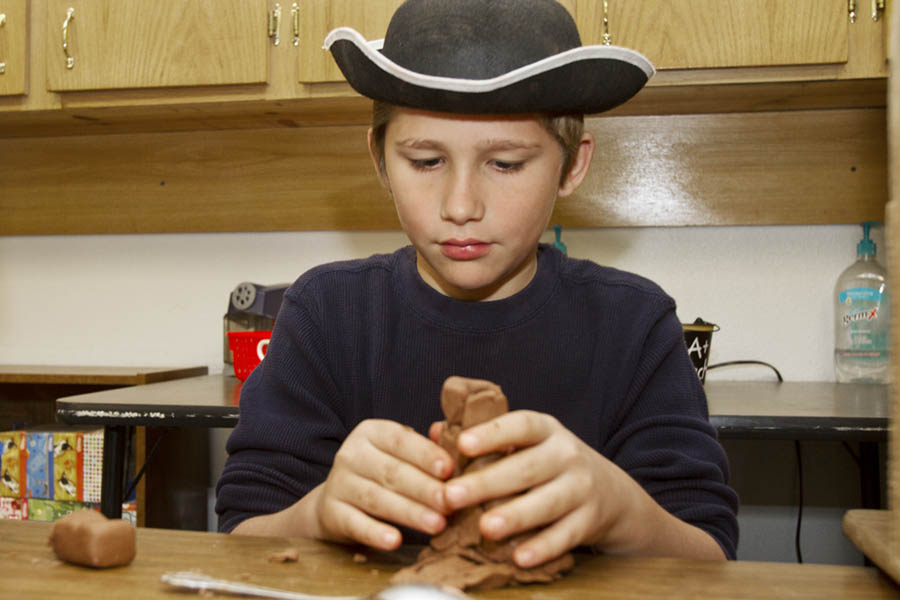 The role interpreters played in bringing history to life inspired Day and McDaniel, along with hundreds of other Oklahoma educators, to become interpreters in the classroom. McDaniel is looking forward to studying a historic figure to create a character. The students will then use what they've learned to explore that character's social class, occupation and political affiliation. These methods are a long way from memorizing names and dates.

"There is a need for students to be taught in a way that is authentic," McDaniel said. "Where they are figuring things out on their own, opposed to being lectured. If you involve them in the subject matter, they learn authentically, and it's going to stick."

In Oklahoma, students are not tested in social studies until the fifth grade. The main focuses of the standardized test in social studies are called the "Common Core State Standards," which are focused on citizenship, college and career.

Based on those standards and the success of the Colonial Williamsburg Teacher Institute, the OFE began "Colonial Day at the Capitol" - a day for Oklahoma educators and their students to come to the state Capitol and experience colonial America much like the educators experienced the institute. Students and teachers dress in colonial era clothes, and professional interpreters - some from Colonial Williamsburg - come to speak and debate with students. Oklahoma is one of the only states in the nation to host this type of event.

"I am so grateful for the Noble Foundation that cares enough about Oklahoma educators to put forth the money to help us become better," McDaniel said. "The experience has changed how I teach." 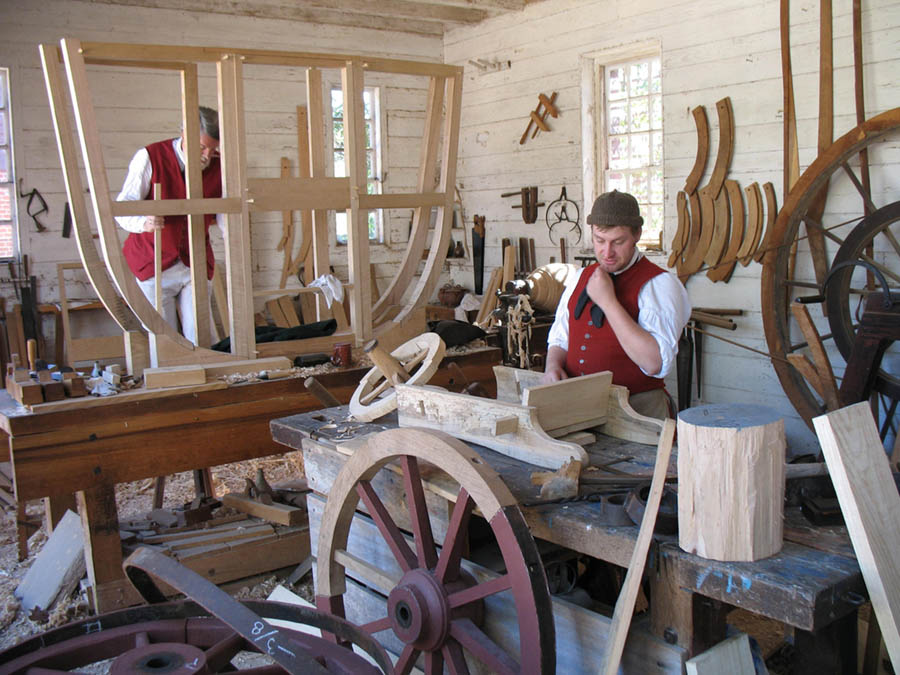