The Ardmore Family YMCA has been a fixture of the community for so long that not many residents remember a time when it wasn’t there. In some form, anyway.

In its early days, which began in 1945, the YMCA had no building. Instead, members met at the local bowling alley, churches or parks in the area. In 1953, the first formal program, which encouraged teenage boys to play baseball, began.

As membership and demand for the YMCA’s activities continued to grow, the organization’s board members decided it was time for the Y to have a permanent location. In 1958, the community rallied behind a capital campaign to raise funds for such a facility. By 1960, construction officially began.

Once opened, the Y was a fitness facility that focused on men and boys’ gymnastics, archery and gun safety. Hi-Y was a form of day camp that offered programs specifically for high school boys. Women joined the day activities in the mid-1960s and the sports programs, starting with softball, in 1973.

The Y quickly became the place not just to exercise but to socialize. 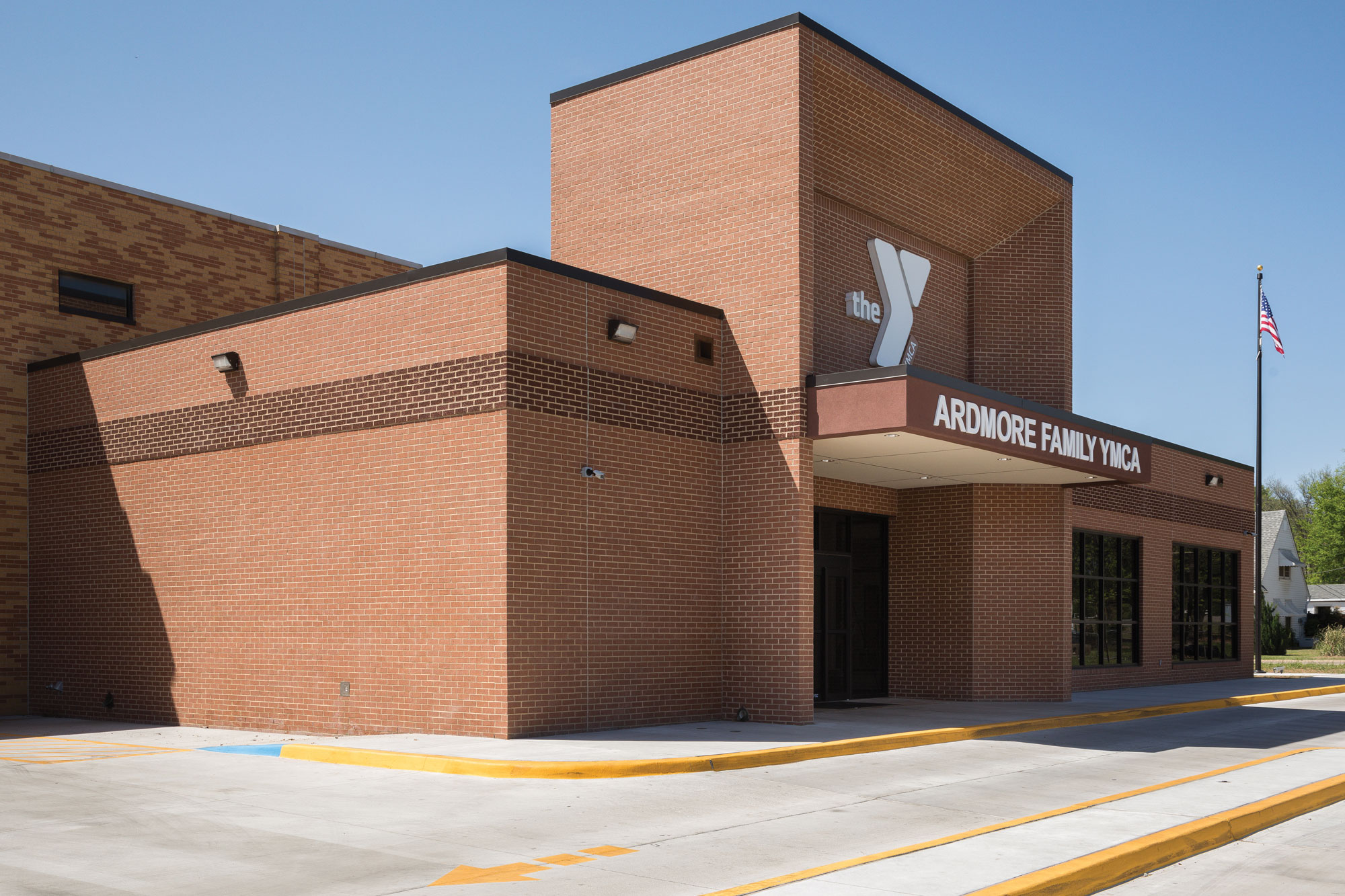 “The YMCA and the community were synonymous,” says Jana Weichbrodt, CEO of the Ardmore Family YMCA. “Kids hung out here all the time. There were fund drives, dances, birthday parties. Everything was done here, and people made life-long friendships.”

Among those friendships built include ones made at the summer day camps. Dr. Rebecca Barnes, a local optometrist and YMCA member, remembers how much her daughters enjoyed the day camps. The mentors and participants from when the girls attended are still their friends 10 years later. As a working mom, she knew the YMCA was a safe and encouraging place for her daughters during the summer.

“The YMCA was a perfect choice for us to support. We support organizations that cultivate good health, encourage education and build stronger communities, which is very consistent with their mission and vision.”

“One of the things I love most about the YMCA is the emphasis on healthy living,” Barnes says. “There are many activities provided to help nurture active, healthy lifestyles and family involvement for everyone. Kids are able to make positive connections with others through the activities.”

Through the decades, though, the organization found itself lacking the space to offer all the programs it wanted to provide, particularly the summer day camps. The YMCA needed a larger facility with new amenities, so it once again turned to the community for help.

And the community did not disappoint. 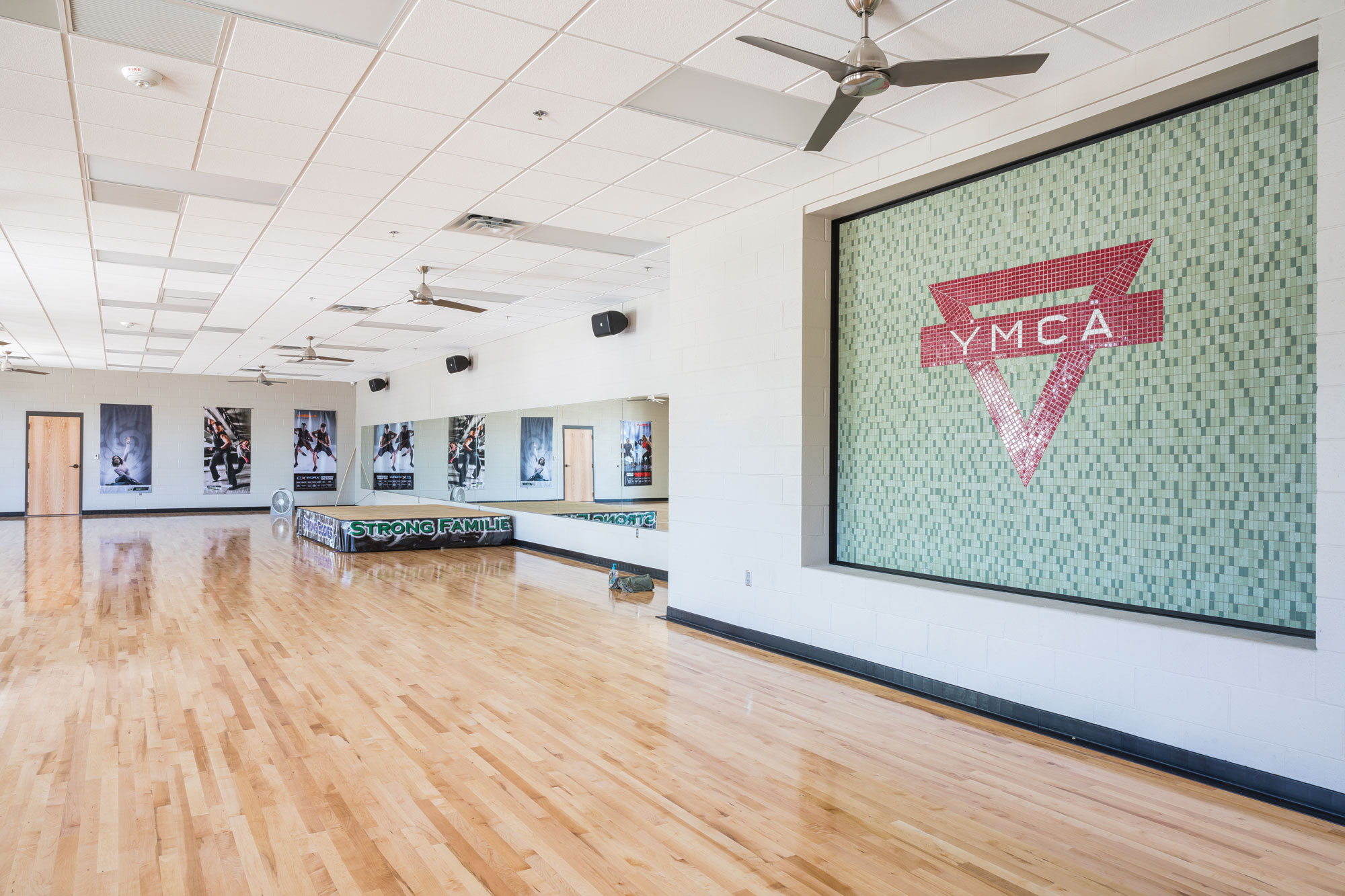 A Gift Rooted in History

In 2013, former YMCA CEO Tom Riley launched a $4.6 million capital campaign — which later expanded to $5.3 million — to renovate the facility, and community members were quick to contribute. One of the first to do so was the Noble Foundation, which provided a $300,000 grant.

“The YMCA was a perfect choice for us to support,” says Alexis Carter-Black, director of philanthropy at the Noble Foundation. “We support organizations that cultivate good health, encourage education and build stronger communities, which is very consistent with their mission and vision.”

There are other parallels between the two organizations, Weichbrodt says, including their roots.

The same year that Lloyd Noble founded the original Noble Foundation (now Noble Research Institute) as a resource for agriculture, he also served as a founding member of the YMCA. He went on to serve as its first board president, and the Noble Foundation has been supporting the YMCA ever since.

“The Noble Foundation has been generous to the YMCA all along, and they were one of the first to contribute to our capital campaign,” Weichbrodt says. “Without them, our expansion would not have been possible.” 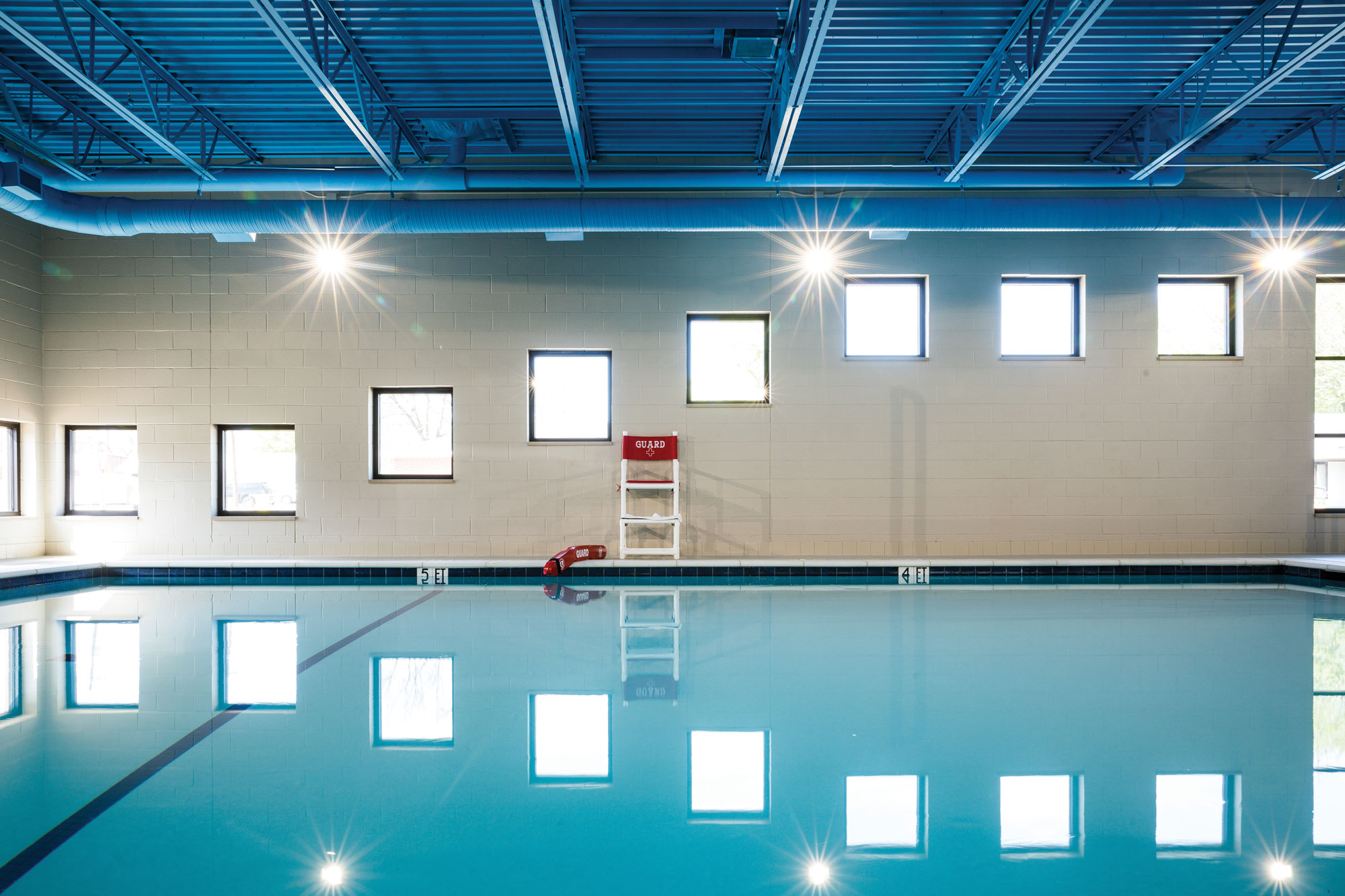 After 19 months of construction, during which time the YMCA was housed in a facility without a pool or a gym, the renovated facility opened Jan. 4, 2018.

At 54,000 square feet, it is 13,000 feet larger than before and ready to be filled with more community members and programs than ever before.

“There is something for everyone here,” Weichbrodt says. “We want kids to have a safe, go-to place to be active in, and we are able to offer them so much more with our expansion.”

For one, the day camps are making a return, but in a shortened version for now. Mini one-hour morning youth camps were offered in summer 2018.

“The Noble Foundation has been generous to the YMCA all along. Without them our expansion would not have been possible.”

Other new features include air-conditioned gyms, which will allow for more programs and activities during the swelter of the summer; a social room where children can play games; and a welcome center sponsored by the Noble Foundation and Noble Energy.

But perhaps the most anticipated addition was the second pool. Along with its large, lap-swimming pool, the YMCA now has a warmer, shallower pool for families and children to enjoy. The new pool will play host to swim lessons for children and water aerobics classes.

The YMCA will also offer pickleball, a combination of badminton, tennis and table tennis, in addition to tennis and basketball; pool and gym parties for children; programs for individuals with diabetes and pre-diabetes; and several classes for seniors. 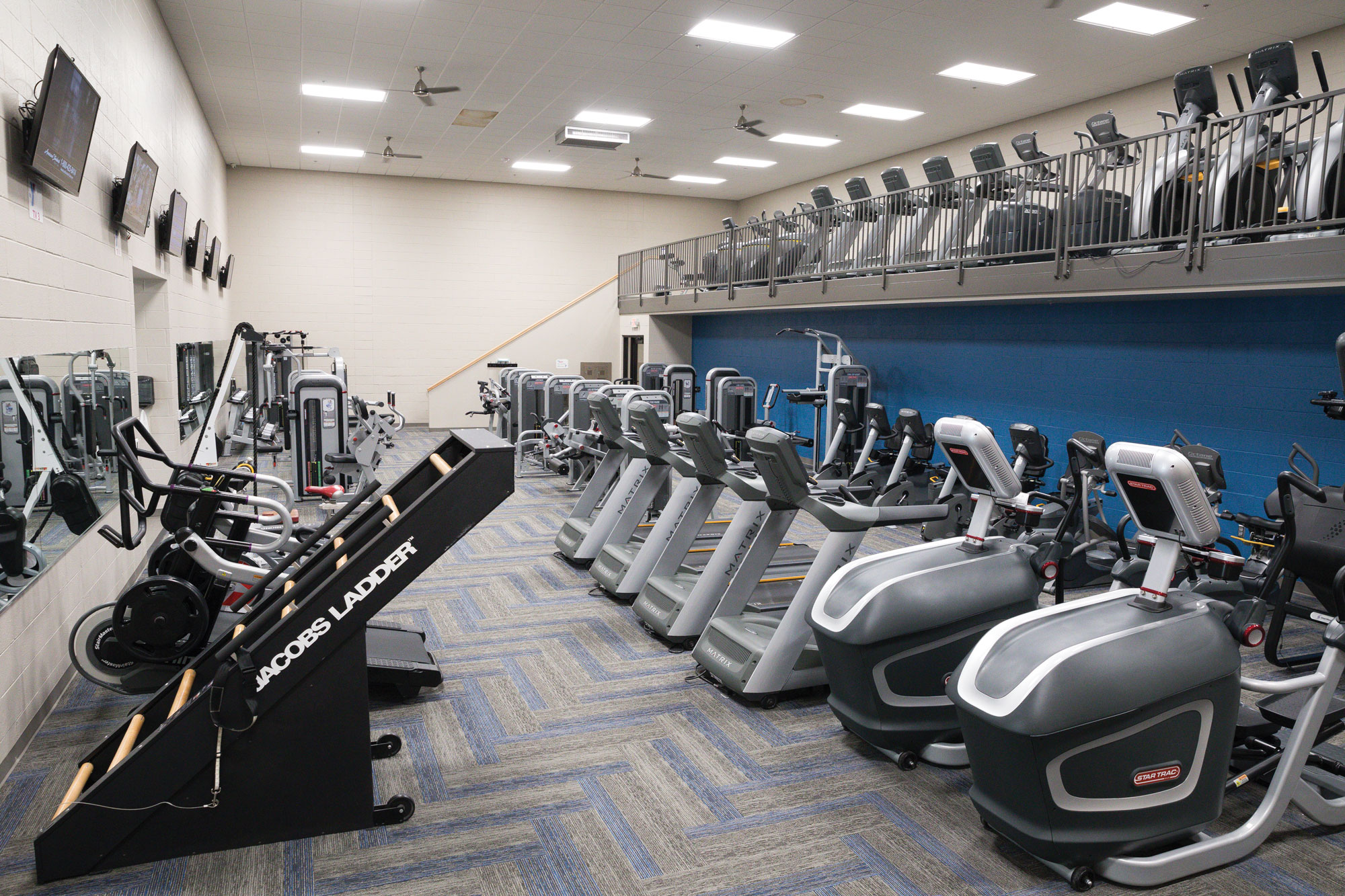 After losing members during construction, the YMCA has seen its membership quickly grow since the new facility opened. As of June 2018, it had about 5,744 members and was averaging 375 visitors per day. Membership continues to grow, and nonmembers participate in YMCA’s programs as well.

“The YMCA’s capital campaign represents a community project that is going to impact people of all ages,” Carter-Black says. “Noble’s gift shows the Noble Board of Directors’ commitment to the community and its commitment to support organizations like the YMCA that have stood the test of time and changed with the times to serve members of the community.”

Weichbrodt says the YMCA’s commitment to the community grew stronger with the outpouring of support the organization received during its capital campaign.

“We are here for everybody, and we want to be the community’s YMCA again,” she says. “I am so thankful for everyone who participated in the capital campaign and helped us get to this point. We want to give back to the community what they gave to us.” 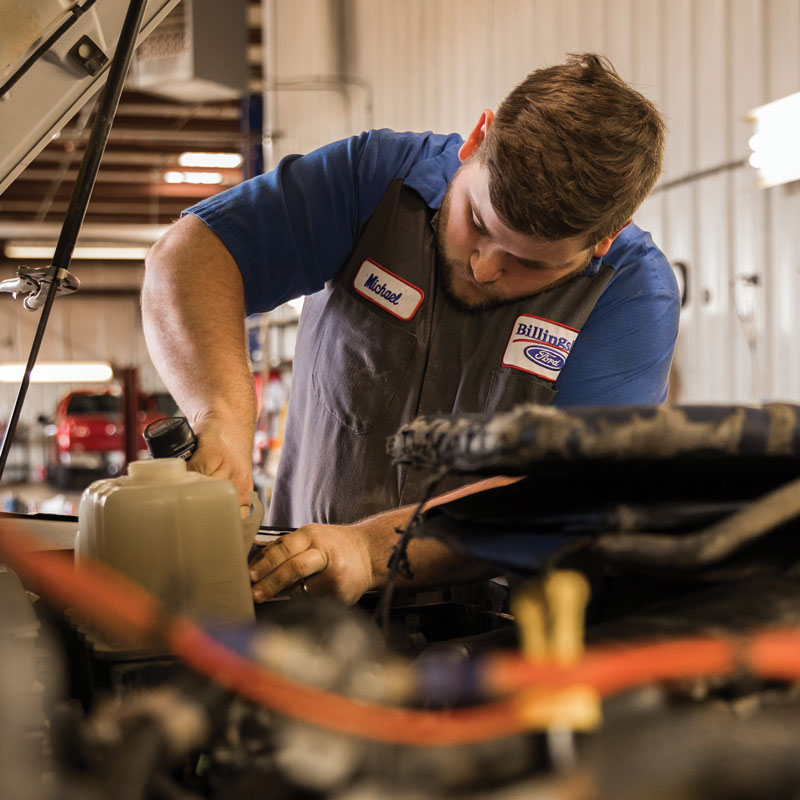